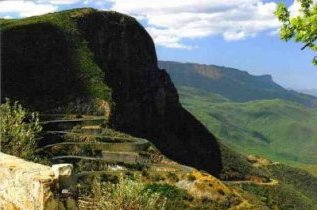 The area now known as Angola became home to Portuguese settlers and traders in the 16th Century, and became a Portuguese Colony in 1655, before its status changed when it became a province of Portugal in 1951. By the end of that decade there was growing unrest in the province, mainly due to enforced cotton harvesting and the Angolan War of Independence erupted in 1961, lasting a long fourteen years and ending with independence just as Portugal's own regime fell. Angola was granted independence on 11th November 1975, however, despite a long and bloody war to overthrow Portugal, a further twenty-seven year civil war raged until 2002 as the country broke down into factions. It is estimated that around one and a half million of the country's eighteen million citizens were killed during this Angola war, with millions more being displaced.

The latest constitution, adopted in 2010, did away with presidential elections, and introduced a system in which the president and the vice-president of the political party that wins the parliamentary elections automatically become president and vice-president, effectively menaing an authoritarian state. Ravaged by decades of war, the country faces many acute problems, not least being the landmines that litter the country, presenting an imminent danger to transport and life there. In fact, visitors are strongly advised not to even venture outside the capital city of Luanda. Angola is in 148th place out of 189 countries and territories in 2019 when ranked in terms of life expectancy, literacy, access to knowledge and the living standards of a country with a life expectancy for males and females of 60.78 years (2018). Angola has one of the highest infant mortality rates of any country in the world. 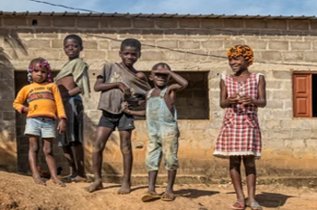 Half of all children in Angola live below the poverty line, just 51% of the child population has access to safe water supplies and 16% of all children are underweight. Yet, despite a high level of disease and low take up rates of education, improvements are being felt across the country as stability takes hold. Despite this, there are thousands of children living on the streets of Luanda, living in extreme poverty and at risk of emotional, physical and sexual exploitation. And children across Angola have been affected by the decades of war, facing displacement, violence, starvation and the loss of family members, scarring them for life.