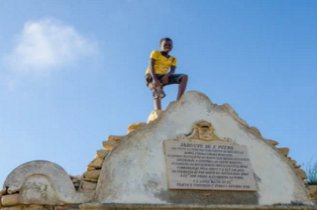 Children in Angola can expect to live for 61.15 years (2019), a modest age widely attributed to civil violence, food shortages, political unrest, lack of adequate medical services and, of course, the poverty that pervades the country leaving 90% of the rural population as multidimensionally poor with an overall poverty rate of 41% although the rural rate is nearly double that of urban areas. This may sound as though it is preferable for children to live in urban areas however that population, where 44% of households are employed, also has a majority engaged in informal economic activity such as craftsmen, street vendors or shop keeping. Children living there certainly have better access to health and education but in many ways they are also more vulnerable, for whilst the rural poor have susbistence farming (and thereby food) to fall back on during times of economic stress, any economic shock hits the urban population hard with no safety net. Angola itself is in 148th place out of 186 countries and territories in 2019 when ranked in terms of life expectancy, literacy, access to knowledge and the living standards of a country.

There are an estimated 1.5m orphans in Angola. During the civil war, that lasted intermittently from 1975 to 2002, an estimated 700,000 children lost either one or both their parents with 100,000 children separated from their families during that period. Although no recent figures are available, it is believed that today there are 140,000 children in Angola who have been orphaned through HIV/AIDS. Girls aged 15-19 are three times as likely to become infected with HIV than boys the same age with women accounting for 66% of the adults living with HIV in Angola, one of the few countries in the world where new HIV infections and AIDS related deaths have risen over the past decade. It is reported that as recently as 2018 only 38% of pregnant women with HIV were able to access antiretroviral medicine to prevent transmission of the virus to their baby. UNICEF also report that every year there are 8,300 new HIV infections of children aged 0-19 in Angola while 6,000 children aged 0-14 are receiving antiretroviral treatment. 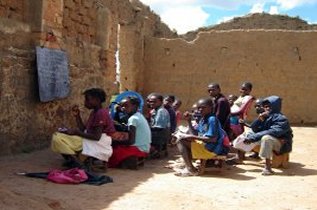 Education for children in Angola comprises a five years of compulsory education, although capacity is limited to absorb the demand of this age group, with the academic year running from February until November. Pre-primary caters for 4-5 year olds (although only 7% of children aged 36-59 months attend an early childhood education programme) whilst primary education itself runs from ages 6-11, followed by 12-17 year olds attending secondary education (Ensino medio) or a four year technical vocational course (Habilitacaos Literarias ~ Secondary School Certificate.) There are very few academic institutions for this age group though, meaning young people must either relocate to a regional urban area or drop out of education entirely. This is especially true for girls who are expected to stay at home helping their families. As such, most children don't continue their studies which also has to be paid for at a secondary level. Unsurprisingly, less than 0.7% of children in Angola attend university although there are several private and religious Universities in Luanda, the nation's capital city. Spending on education in Angola is 3.4% of GDP compared with 5.3% in the UK, 5.7% in the US and 5.3% in South Africa but again, more rural areas see little of that spending, despite the government's 'Education for All National Action Plan' which has primarily benefitted children in urban areas.

Most women in Angola have 5.44 children (2019) with an infant (under five) mortality rate of 80 per 1000 boys born, 69 per 1000 for girls. Only 37% of children are registered at birth, however this ranges from 15-69% depending on where children are born not least because the average health clinic in Angola is 20km away compared with 8km overall in Africa. These children grow up using a number of different languages from the official Portuguese to Chokwe, Fiote, Kikongo, Kimbundu, Kwanhama, Luvale, Muhumbi, Nhaneca, Nganguela and Umbundu. Only 57% have access to basic water supplies while 19% have to use unimproved water with 18% of children havie to use open defecation due to a lack of sanitation. 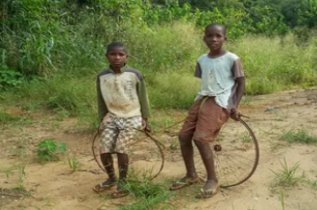 Children gowing up in rural areas of Angola will live in traditional mud and grass roof dwellings eeking out a lifestyle where agriculture is the dominant economic activity with limited access to schools and hospitals. In urban areas, families will occupy brick built houses or shacks where, as ever across urban Africa, shops and markets are everywhere as are school sand health centres, though these remain largely out of the reach of the urban poor. To underline the income disparity in Angola, according to Mercer's Annual Cost of Living Index, Luanda is the world's most expensive city where renting a two-bedroom apartment costs $6,800 a month on average in a country the average income per capita is $1,895.77 a year. Hardly surpriisng then that there is widespread trafficking in Angola with boys being shipped to Namibia to herd cattle whilst girls are trafficked both internally and externally to South Africa, Namibia and the Democratic Republic of Congo for domestic servitude. The video below gives some insights into life for children in Angola followed by details of projects and programs in the country you may wish to support.