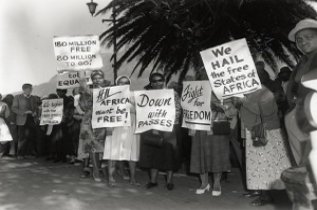 The Boers who had long refused to accept the equality of black ethnic South Africans formed the National Party on the cusp of the first world war and first came to power in 1924 under the Prime Ministership of James Barry Munnik Hertzog, a former Boer general in the second Anglo-Boer war. This coalition government of the National Party and the South Africa Labour Party continued until 1934 when both parties agreed to merge forming the United Party with Hertzog remaining as PM. By this time white women had been given the vote, effectively doubling the white mandate and within two years blacks had been removed from the electoral register altogether. Hertzog's time in office came to a bitter end on 4th September 1939 when he sanctioned a policy of neutrality in the looming second world war, and the United party forced him from office replacing him with deputy prime minister Jan Smuts, a friend and colleague of British Prime Minister Winston Churchill. Smuts believed in racial segregation with a paternalistic outlook; black Africans should be treated fairly but precluded from the political process less they 'destroy civilisation'. Despite this, Smuts government's approach to racial segregation softened during the war years. The Fagan Commission, set up by Smuts, recommended in 1946 that the rules concerning black movement in urban areas should be relaxed to provide a wider choice of staff for business owners and also a wider consumer base. 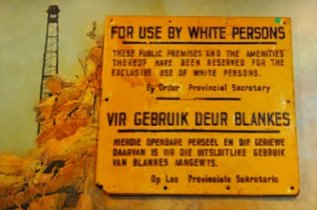 However the South African National Party responded by setting up the Sauer Commission which recommended that segregation should rolled out over all aspects of life in South Africa, and it was this recommendation that formed the basis for the implementation of Apartheid ~ apartness. By this time 75,000 black African mine workers had gone on strike when it was revealed that they were being paid twelve times less than their white co-workers. The white police suppressed the strike killing or injuring more than one thousand blacks underlining a perception that the blacks required controlling and couldn't be trusted. The South African National party went on to win the general election of 1948, narrowly beating Smuts' party in the number of seats in parliament, although it lost the popular vote. In 1950 it passed the Population Registration Act which placed all South Africans into three racial groups, white, coloured (mixed race or Asian), and native (African/black). 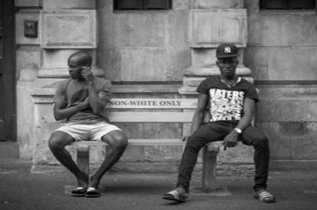 The act also made it illegal for marriages to take place between any of the three racial groups in order to maintain racial purity. Apartheid had arrived and this time with legal force, and it had one aim, to maintain white superiority in a country where the blacks were in the majority. Increasing anger developed at the apartheid system, with students, led by Steve Biko, workers and churches coming together in violent protest, protests attended by many whites. In 1976 came the Soweto uprising in which 575 were killed by the police and thousands more injured and arrested, one of whom, Steve Biko was beaten and left to die in prison. Such events and violent scenes broadcast across the globe sent a shudder around the world, and many countries urged a boycott of South African goods crippling the country's economy and leaving it a pariah state. By the late 1980s the international pressures were becoming intense and the South African government responded by repealing many of the segregationist laws. In 1991 all the remaining apartheid laws were reversed and two years later a multiracial, multi-party government was approved that saw Nelson Mandela, head of the ANC, elected president.