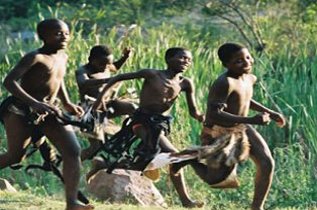 1994 was supposed to be a turning point for life in South Africa. The widely despised and universally condemned system of apartheid had been dismantled and Nelson Mandela took his place on the world stage as president of the country after spending twenty seven years in prison. Expectations were running high that the newly installed ANC government would sweep out the old yawning disparities in provision and create a new society fairer for all. Expectations that some thought were too high, and those doubters proved to be correct in many respects. 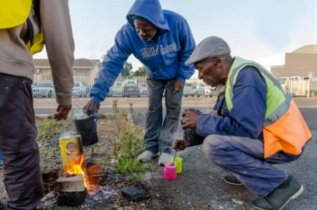 Today unemployment stands at 26.2% compared with 32% at the end of apartheid (and still one of the world's highest rates). This figure is of more concern when it is further analysed. Twenty-five years after the end of apartheid, 36.5 % of blacks are unemployed compared with 13.9% of Asians and just 8.81% of whites. South Africa is one of the most unequal societies in the world with more than 50% of its population living in poverty and 18.9% in extreme poverty with a life expectancy of 63.86 years (2018) and infant mortality rates are running at 27.5 for every 1000 births (compared to 3.4% in the EU for the same period.) South Africa has a higher number of HIV infections than any other country on earth and an estimated 1.7 million children have lost a parent to AIDS with, overall, roughly 14 percent of all children in South Africa being orphans. Crime levels are endemic, particularly sexual crimes, with girls in South Africa having a one in three chance of finishing school but a one in two chance of being raped. One in four South African males admit to rape, with over three quarters first offending as teenage boys in the belief that girls are 'fair game' and the crime is of little or no consequence. According to South African police statistics, there were 21,325 murder victims in 2019, compare with 3,875 in the EU during the same period with a population ten times as large. 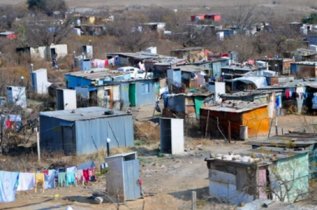 When apartheid ended in 1994, the economy was dominated by whites, followed by Indians, 'coloureds' and then blacks. Although the ANC pledged to make Black Economic Empowerment (BEE) its priority, today South Africa is still ranked in the top ten countries in the world for income inequality. Recent data indicates that white South Africans earn nearly three times the average wage made by black South Africans. This income inequality has become worse over the years with today the top 1% of earners taking home almost 20% of all income and the top 10% taken together taking home 65%. This means that 90% of South African earners take home only 35% of all income. These factors together with concerns of rife corruption at the very heart of government are cited by many young people as instrumental in them leaving the country altogether, leaving behind a lack of skilled professionals such as doctors and nurses to service the country's emerging infrastructure. Former Archbishop Desmond Tutu envisaged a 'Rainbow Nation' after apartheid, with all races working together for prosperity for all, however as one rural villager commentated "For someone at the bottom of the ladder . . . things haven't changed much from the apartheid years."  The video (below) shows daily life in South Africa together with comments from young people about living in South Africa together with insights into social problems such as poor housing.