A video about the history of the ancient Empire of Mali, reaching the height of its power by the 14th century.
More > 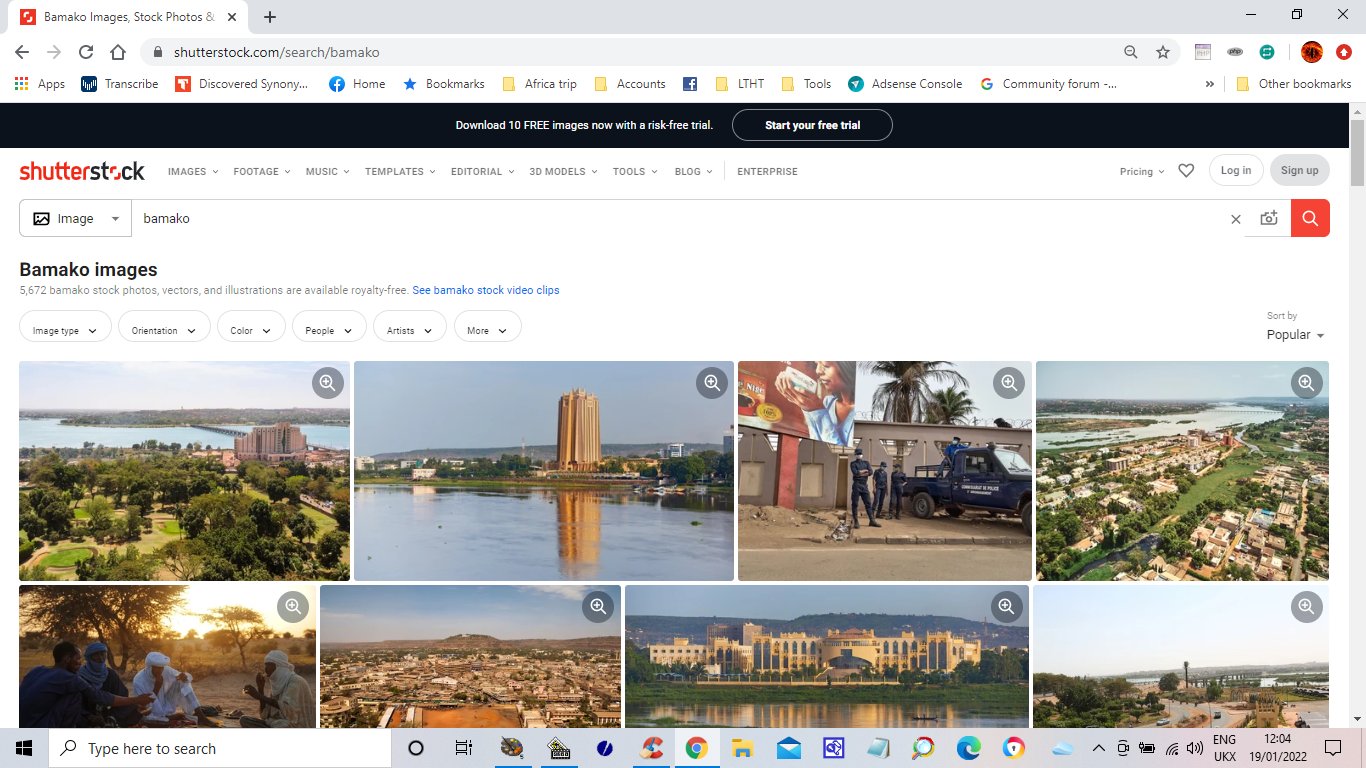 Take a virtual tour around Bamako, the capital city of Mali, in pictures and video.

Bamako Senou International Airport services over half a million passengers a year.

Pictures about Mali children and adults as they face up to their country's many challenges.
More >

Take our online Mali trivia quiz and see how much you know about Mali.

Kidal has been seized by MNLA separatists as part of the Republic of Azawad.

Travel about Mali in this video, showing the Mali countryside set to traditional music.
More >

Check out all the latest African volunteer work placements and opportunities in Mali.
More >

If you're interested in sponsoring a child from Mali, check out these child sponsor programs.
Visit >

Use this Google Earth satellite map of Mali to explore and take a virtual tour of Mali.
More >

Read all the latest news about the African country of Mali online at our African news site.
More >

Sponsor a Child
in Mali