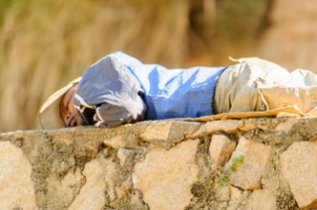 Facts and figures about the number of street children in Madagascar are not available in any reliable form, yet one only has to look on the streets and have an awareness of the reasons children end up living there to know its a growing problem and getting far, far worse. Despite being viewed by tourists as an island paradise, the reality for most families is one of abject poverty especially in rural areas where it affects 85% of the population. Ongoing political instability in Madagascar has left this already impoverished nation teetering on the brink with budgets across the board being slashed by between 50-70% and now the southern area of the country is experiencing a widespread famine.

This has hit children hard with many of the island's 910,000 orphans (nearly 10% of its entire child population) making their way onto the streets of cities such as Antananarivo in search of survival. Even those with families have now been forced to abandon school to work to find work. As one youngster put it "What’s the point of doing nothing in school all day when there’s nothing to eat at the end of it?" There are also reports of parents abandoning their children when they can no longer support them, including infant children just left by themselves on the streets. 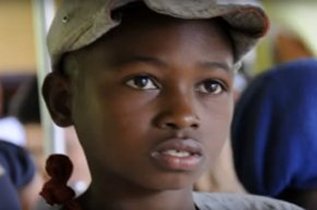 Similarly there are reports of mothers abandoning their new born babies in hospital because they can't afford to feed them nor afford any future medical care with, for example, treatment of childhood tuberculosis costing more than a month's factory wage. As noted above, exact figures are not known, but the number of street children in Madagascar certainly runs into thousands with some of these children even being born on the streets. Its a testament to the size of the problem that the international charity Medicine Sans Frontieres recently left the capital city of Antananarivo saying that the problem is simply too large for them and responsibility must lie with the Madagascan government. As ever, one of the most worrying aspects of life for street children is their exploitation and Madagascar is a known source of trafficking of children both internal and internationally with girls, in particular, being picked up and transported abroad to work in domestic servitude.