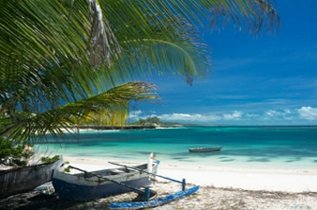 The island of Madagascar was a French colony until 1960 when it gained its independence from what was widely considered harsh rule, including a bloody suppression of a local uprising against French rule in 1947 emboldened by the realisation that Europeans, particularly the French, were not actually invincible as the Second World War had demonstrated. However, as with many of the newly emerging African republics, Madagascar replaced one form of unwanted rule with a succession of unstable governments, coups and assassination attempts at odds with a military aim of creating a 'socialist paradise' with firm ties to the Soviet Union and the spurning of ties with the west.

Around 70% of the island's population live in rural communities, normally in wooden, thatched roofed homes, making them particularly susceptible to the cyclones, storms and the resultant flooding that have been a dominant feature of Madagascar's recent history. Ironically, in the south of the island, recent years have seen severe droughts leading to water shortages and crop failure. For those who wonder why water simply cannot be shipped from the north, it is easy to forget that this is a poor country with limited resources but the size of Luxembourg, Belgium and France combined. Today fishing and forestry engage around 80% of the population, however there are concerns that the cutting down of the island's forests, mainly for firewood, are having a longer term effect, causing erosion with implications for the island's food supply and destroying habitats for the island's animal population, half of which are found no where else on earth. 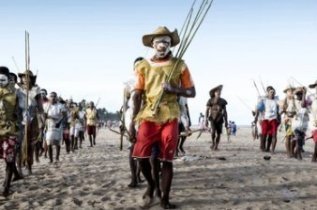 When President Marc Ravalomanana was ousted from office in 2009 after he dismissed dismissed Andry Nirina Rajoelina as mayor of the capital Antananarivo, a period of international sanctions was established, spurred on by the EU who decided to suspend humanitarian and development aid to Madagascar in 2010 at frustration at the lack of any tangible progress towards democracy after a fifteenth month transitional agreement was agreed in the summer of 2009 but failed to be implemented. Rajoelina ruled as head of an interim authority however ceded power to President Hery Rajaonarimampianina in 2014 following an election in late 2013 that was deemed fair and transparent by the international community. Rajoelina however stood again and went on to win the 2018 election with 55,66 % of the vote and was inaugurated President of Madagascar on 19 January 2019. Despite this win, Madagascar has continued to be plagued with political uncertainty and turmoil with the island itself being under a lockdown since the Covid-19 pandemic hit and its southern region is in the grips of a famine. There have been recent attempts to assassinate the president and head of the national police force. Madagascar in 164th place out of 189 countries and territories in 2019 when ranked in terms of life expectancy, literacy, access to knowledge and the living standards of a country.