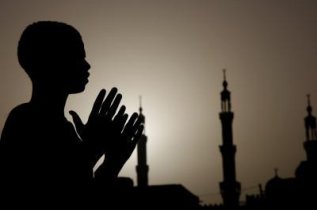 Just under 25% of the world's population are Muslim making it the world's second largest religion, although many declare it as the world's leading religion as many Christians are only nominal, whilst most Muslims actively practise their religion on a daily basis. The coastal area of North Africa was conquered by the Islamic army at the end of the seventh century forcing the indigenous Moors (or Berbers) down into the Maghreb desert area where they continued to resist Arab rule.

At this time the epi-centre of the Muslim world relocated from Mecca and Medina to present day Iraq and by the eighth century the civil wars of the Muhammadan succession saw the Meccan traditionalists forced into exile in the Maghreb where they co-existed with the Moors converting them into traditional Islam hostile to Arab rule along the north African coastline. This new group came to be known as the 'Ibadites' and they founded cities deep in the Maghreb outside the influence and control of the Arabs on the coast.

Within 200 years the Ibadites had seized control of the Arab ruled lands and forced them from North Africa replacing them with states ruled directly by descendants of the Prophet through his daughter Fatima. The Moors went on to conquer Spain from its Arab rulers and for 600 years these Sunni Muslims went on to rule the countries now known as Morocco, Algeria, Libya, Mauritania and Western Egypt before eventually falling under Ottoman and then French colonial rule. Despite this colonial rule, like the Arab governors of a millennia before, foreign influence and control was largely confined to the coastline and became increasingly nominal further south into the Maghreb where a pure and highly traditional form of Islam remains to this day. 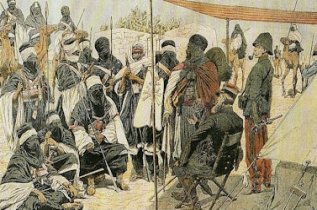 Below shows the Muslim population in each country in Africa