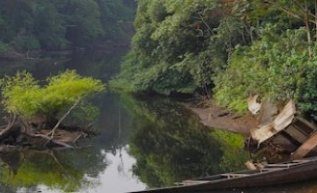 The Congo basin is home to the world's second largest rainforest (accounting for 18% of the planet's tropical rainforests). It covers an area of 1.5 million square miles and is mainly located in the Democratic Republic of Congo, but also spans parts of the Republic of Congo, the Central African Republic as well as covering areas of Gabon, Cameroon and, Equatorial Guinea. The rainforest, which millions depend on the forest for food, medicine and shelter, is today subject to the highest deforestation rates of any place on earth.

The reasons are simple; firstly, heavily indebted nations such as the Republic of Congo can help make payments towards that debt through the timber trade, locals use the forests for burning fuel and, given the paucity of much of arable land in many of the countries in the basin, land clearance creates more opportunities for subsistence farming. It is estimated that at current rates the rainforest will have largely disappeared within the next century. This isn't just bad news for the planet, but for the forest dwellers and others who lives are dependent on the rainforest for food and lifestyle. Currently the rainforest has more than 11,000 species of plants, 450 mammals, 1150 birds, 300 reptiles, and 200 amphibians most of whom will be at risk should the current levels of deforestation prevail. 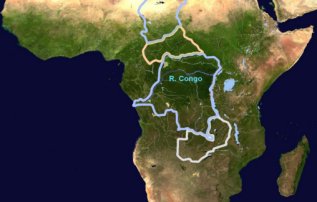