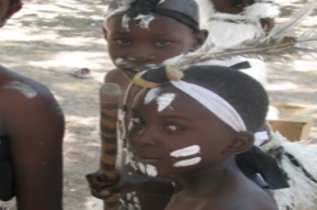 At the time of independence, Zimbabwe was known as the 'basket of Africa' given its strong agricultural sector. However, after Robert Mugabe took power and seized that land from white farmers and gave it to black farmers who did not have the skills or knowledge to work it together with a multi-million dollar foray into the war in the Democratic Republic of Congo, the economy shattered with Zimbabwe going broke with a reliance on food imports. While some saw Mugabe as a hero of the African liberation struggle against white minority rule, others condemned him as a dictator responsible for economic mismanagement and corruption along with serious human rights abuses. The verdict of the people of Zimbabwe is probably the most fitting footnote to Mugabe's rule in that, in 2017, he was placed under house arrest by the country's national army and his own party ousted him in a coup, replacing him with former vice-president Emmerson Mnangagwa. Mugabe died two years later. Some idea of the culture of the new regime can be gleaned from Mnangagwa's nickname, the 'Garwe' or 'Ngwena' ('the crocodile' in the Shona language) and it is an offence to continue to drive when his motorcade goes past with many people assaulted by security forces for stopping in the wrong place or for not stopping soon enough.

Today Zimbabwe is in 150th place out of 189 countries and territories in terms of life expectancy, literacy, access to knowledge and the living standards of a country placing it in the medium human development category. Despite this, 76.3% of children in Zimbabwe's rural areas live in poverty (2020) and overall half of Zimbabwe's 14.86 million people (2020) live below the food poverty line with about 3.5 million children being chronically hungry. However the situation is improving wth a 3% growth in GDP (2021) mainly due to increased agricultural and energy production together with developing manufacturing and construction activities. In Zimbabwe, there are more than 1.3 million children orphaned by AIDS with an estimated 50,000 households headed by children below the age of 18. Traditionally these orphans would have been taken in and cared for by the wider family (that there is no such thing as a cousin in Zimbabwean culture, instead cousins are accepted and treated as brothers and sisters), however this network is under increasing pressure with 1.4 million people in Zimbabwe living with HIV with a current annual death rate of 40,000 (2019). 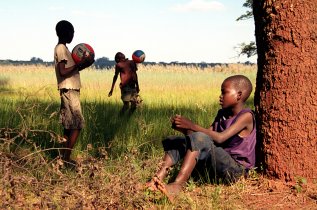 Faced with having to stay out of school and support younger siblings or grandparents, many children run away after becoming orphaned with many tens of thousands ending up on the streets of Harare, capital of Zimbabwe, and other urban areas where they join gangs begging at traffic lights, undertaking work like washing cars or, more typically, committing crimes such as stealing and breaking into vehicles. Another issue for orphaned children is a deeply held belief amongst the Shona people that if they take someone into their home who is not of the same ancestors as themselves, it will cause them bad luck. As such, parents who remarry after the death of a child's mother or father will simply refuse to nurture the children from their spouse's former marriage leading many to leave home in the absence of love and even basics such as food, clothing and education. Many end up being exploited and undertaking manual work to survive (below) including mining and tobacco production with others trafficked into the farming sector. 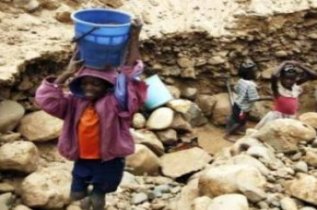 Education for children in Zimbabwe comprises two years of pre-primary school (called 'Early Childhood Development' or ECD), for 3 to 5 year olds focussing on the basic 3 'R's, then seven years of primary (6 to 12 year olds) normally taught in English but more so Shona or Ndebele in rural areas. After two years, students sit their Zimbabwe Junior Certificate when they are 13-14 years old. Children in zimbabwe then complete their secondary education with a further two years of study (typically 15-17 year olds) culminating in the General Certificate of Education ('O' level). Core subjects include English, history, maths, science and a technical/vocational subject. Successful candidates can then progress to sit their 'A' Levels.

Today Zimbabwe is the eighth-most educated country in Africa with a literacy rate of 86.50% however, according to UNICEF in 2021, only 14% of girls in Zimbabwe complete upper secondary school and, among the poorest children, this falls to just 1%. These figures are no doubt impacted by the fact that, according to the UNICEF Child Marriage Database (2020), 34% of girls are married in Zimbabwe before the age of 18 with 5% before the age of 15. The fact that a significant number of children in Zimbabwe never receive a birth certificate also has an impact as it limits their ability to secure a place at school. The video below shows aspects of life for children in Zimbabwe together with details of projects and programs supporting children in the country.