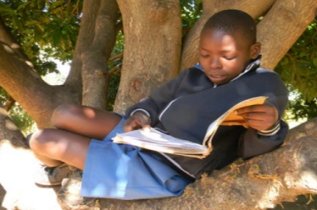 There are many reasons to sponsor a child in Zimbabwe. as there are around 1,400,000 orphaned children living in the country with one million of them orphaned due to AIDS with an HIV prevalence in the adult population (15–49 years) of about 24.6% and every day an estimated 564 adults and children become infected with HIV. Zimbabwe's education system consists of 7 years of primary and 6 years of secondary schooling and Zimbabwe is the eighth-most educated country in Africa with a literacy rate of 86.50%. The country is only ranked behind Ivory Coast, Mauritius and Tunisia in the quality of maths and science education, however many children from poorer families simply do not attend, having to work for their families to eke out a living.

A high number of poor children in Zimbabwe also never receive a birth certificate, which makes it difficult for them to be enrolled in school or seek medical attention with hundreds of children in the country dying from diseases that are easily curable in the west. Child sponsor programs in Zimbabwe work with abandoned and orphaned children, AIDS awareness and prevention programs and on ensuring basic needs such as food, sanitation and potable water are met. You can help when you sponsor a child in Zimbabwe.