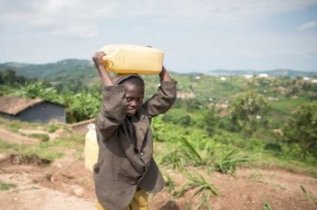 There are around 4,757,000 children living in Rwanda and they live in three main tribal groups, the Hutu (84%), Tutsi (15%) and Twa or pygmy (1%). Nearly all of them are scarred by the genocide and aftermath of 1994 when around a tenth of the country's entire population was massacred including 300,000 children and young people. Many children in Rwanda were left as orphans following the conflict and many more were born as a result of rapes during that conflict, pushing up levels of AIDS infection cascading down to their children. Today, nearly two decades on, Rwanda has made considerable progress. Its response to the HIV epidemic has resulted in just 3% of adults now being HIV-positive and around 75% of people living with HIV receive antiretroviral drugs with almost 95% of pregnant women living with HIV taking those drugs to prevent transmitting HIV to their children which is currently running at 2%.

Not so positive is that children in Rwanda don't fully understand HIV prevention and treatment and stigma often precludes them from regular HIV testing and condom use is routinely dismissed. Other progress has been seen in the burgeoning use of orphanages especially following the genocid with Rwanda pledging to become the first nation in Africa to be orphanage-free. This is not a government throwing children out onto the streets but one who has recognised the original some thirty orphanages in the country housing around 3,000 children were not best placed to meet those children's needs as around 70% of their occupants could be reunited with family with around 70% of orphaned children in Rwanda identified as still having relatives. They adopted the 'Hope and Homes for Children' strategy used in much of eastern Europe, where hundreds of institutions for children were closed down allowing the children to grow up in families instead. 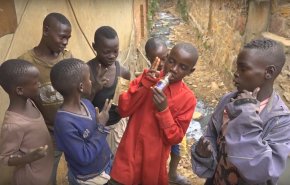 Despite these efforts, UNICEF estimates that there are about 7,000 street children in Rwanda with nearly a third of a million children living in households with no primary adult carer. Most of the children living on the streets suffer from malnutrition and other diseases such as dysentery, malaria and scabies. Their situation and futures are further bighted by a lack of education, food, protection and health care access. For other children in Rwanda, the situation also presents many challenges. Most live in poverty and suffer from malnutrition with the Rwanda Demographic and Health Survey reporting that, although the numbers are in decline, 36% of children in rural areas are stunted compared to 20% in urban areas. However, the exact levels of poverty in the country are not known. The Rwandan government has claimed extreme poverty in the country dropped from 60% in 2007 to 34% a decade later however these figures are disputed and concerns have been expressed that they have been manipulated by the government in support of the regime. What is not disputed is that Rwanda is in 160th place out of 189 countries and territories in 2019 when ranked in terms of life expectancy, literacy, access to knowledge and the living standards of a country with a realistic 39% of the population living below the poverty line but rising to 92% for those living in rural areas. Life expectancy is currently 69.02 years (2019). 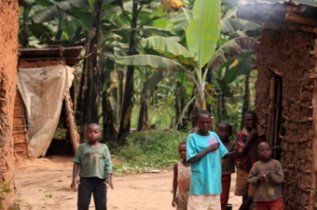 Traditionally children in Rwanda live in their family home, a 'rugo', consisting of a number of bee hive-shaped houses within a larger, fenced compound on one of the country's many hillsides. Electricity and running water are often unknown. The household or 'inzu' normally consists of a husband and wife and children, sometimes with close relatives. Large families are common with an average women having 3.879 children although this represents a 1.85% decline from 2020 in line with a sustained downward trend. For most children in Rwanda it's time to get up at the crack of dawn to undertake chores including taking the chickens from the house and putting them in their mud enclosures and boiling water on an open fire ready for the first meal of the day, with breakfast often consisting of sweet potatoes and sorghum, corn and millet and milk porridge. Then it's off to school, which can be some miles away. The school day is often marked by singing the Rwandan National anthem, "Rwanda Nziza" ("Beautiful Rwanda") followed by prayers in a country that is over 80% Christian with a much smaller Muslim population (4.6%). (Roman Catholic missionaries established themselves in Rwanda in the late 1880s and taught that Tutsi were a superior race ~ not least because they were easier to convert to Christianity ~ and this contributed to the seething ethnic tensions over the generations.)

Whilst most children are eager to attend education in Rwanda, many schools are under resourced with no running water nor electricity, although the government is attempting to get those schools too far from the national grid installed with solar panels to get over some of these difficulties. Government spending on education is quite high, currently at 12.25% of all expenditure, but some idea of the resource shortfall can be ascertained by the fact that in a country with a child population nearing 5m, there are just 1,197 school library books. There are 2172 primary schools in Rwanda catering for 1,636,563 pupils who are taught in English or French (after starting their education in Kinyarwanda). Enrollment rates are high standing at 98% however only 71% complete their primary education with classrooms often overcrowded at around 62 students for every qualified teacher. After primary school education, students continue to Junior Secondary (Ordinary level) for three years which is also free before progressing to fee paying Senior Secondary School (Advanced level) for a further three years which is not compulsory (probably for thes best as the number of qualified teachers drops from over 80% to under 50% in those institutions). Literacy rates in the country continue to climb with a youth literacy rate of 85%, compared with an adult rate of 73.2 %, a significant rise in itself from 38.2 % in 1978. The video below shows aspects of daily life in Rwanda. There are many charities you can contact to help children there together with child sponsor programs.