Children in the Democratic Republic of Congo (DRC) 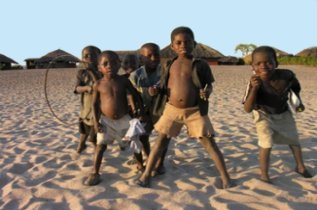 In 2020 the population of the Democratic Republic of Congo stood at 89.56 million up from 20.01 million in 1970 and that population is rising fast with the current birth rate in 2019 being 5.82 children per woman. Half the population of DRC consists of children aged under 15 in a country ranked in 175th place out of 189 countries and territories in 2019 by the HDI (Human Development Index) measured by the UNESCO Institute for Statistics (UIS) and the World Bank based upon the life expectancy, literacy, access to knowledge and living standards of a country. In 2018, it was estimated that 73% of the Congolese population, equaling 60 million people, lived on less than the international poverty rate. Life then is grim for children in the Democratic Republic of Congo, worse for the child population are who are orphans, 770,000 of them orphaned through AIDS alone. The orphans who can't be cared for by extended families are faced with a future in institutions or, for many, life on the streets. To get some idea of how overwhelming the orphans situation is in the Democratic Republic of Congo, imagine where you live having one out of every four of its inhabitants as an orphaned child. Where would you even begin to address their needs, simply where would the adult carers come from when they are so poor they can't even meet their own children's needs, let alone the children of others?

As such, many child orphans end up running households themselves having to abandon any hope of receiving education or skills training to take them out of a cycle of poverty in order to provide for younger siblings. Many of these AIDS orphans face further problems as they are often accused of witchcraft or sorcery. In fact, nearly all of the children there accused of witchcraft are either orphans, disabled or albinos with boys being at greatest risk (75%). Many of these orphans end up on the streets of towns and cities such as the capital Kinshasa where they are known as 'Shegue' and have to rob, steal, harass to stay alive and numb the pain by taking drugs, entering into violent gangs and sniffing glue. 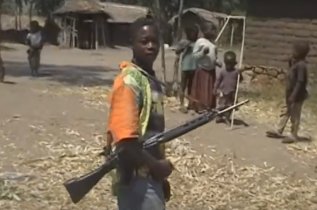 Many children in the Democratic Republic of Congo have become orphans due to the wars that have ravaged the country and continue unabated in the east of the country with children as young as six historically routinely recruited by militias and taught to kill. It is estimated that children aged 8-16 years old made up 60% of combatants in the region. Disturbingly, armed militias have even attacked orphanages demanding the children and babies from rival groups be handed over to be killed. Those protecting the children from this are constantly placing their own lives at risk and, on occasions, have to flee with the orphans to a place of safety until some order can be restored. Today it is estimated that one hundred armed groups are still operating in the east of the country and, despite the presence of UN peacekeepers, these groups continue to rampage across poorly governed areas where the government can exercise little control. Millions have been forced to flee the fighting and, for those who do remain, violence at and around schools is a known barrier to education. The Internal Displacement Monitoring Centre (IDMC) report that there are 5,268,000 IDPs (Internally Displaced Persons) in the Democratic Republic of Congo as of 31 December 2020 with 2,209,000 new displacements in 2020 alone. 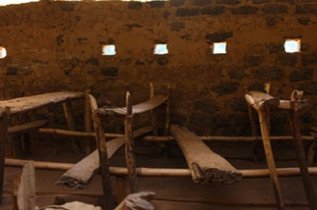 Officially children in the Democratic Republic of Congo attend education for a total of twelve years, of which the first six for 6-11 year olds are free, leading to the 'Certificat d'Etudes Primaires'. After Ecole Primaire (primary school), children can go on to attend fee paying Ecole Secondaire (secondary school) which comprises a two-year program at lower level for 12 to 15 year olds and then an upper level secondary education for 14 to 17 year olds. Those who succesfully complete their 'Diplome d'Etat' can proceed to higher education which ends with the 'Diplome de Gradue'. For those less academically inclined, children can attend vocational schools instead of secondary schools and these programs can last up to five years finishing for successful candidates with the 'Brevet Certificate'. Despite some progress in recent years, the Democratic Republic of the Congo education system is patchy with both low coverage and poor quality. In fact, 3.5 million children of primary school age are not in school and, of those who do attend, only 67% will complete their sixth grade and of those only 75% will pass their finishing exam. While French is the official language and widely used in education (as well as government) there are four national languages being Kikongo (Kituba), Lingala, Swahili, and Tshiluba. French itself is spoken by approximately 30% of the population however there are around 200 languages in the country in total making the Democratic Republic of Congo one of the most linguistically diverse countries in the world. 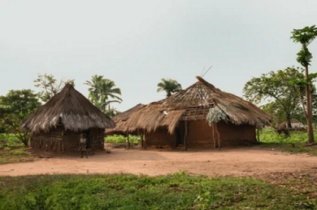 Children will belong to one of the 250 known ethnic groups however most will be Luba (south-central region), Mongo (north region), and Bakongo who are the largest tribe in DRC and who operate a matriarchal system. (The Bakonga also have large populations in neighbouring countries as well, notably the Republic of Congo.) The majority of children in the Democratic Republic of Congo live in scattered villages in rural areas with the forest peoples (Bambuti) carving out a life by hunting and fishing, while in the savannah areas agriculture is also practised alongside hunting and fishing. In the south of the country, most raise small livestock and poultry but in the east larger livestock rearing is more commonplace. Children live in homes that vary across the country with most villages ranging from what would be considered small with 10 to 25 houses while the largest comprise some 150 to 200 homes. Typically along the eastern grasslands areas are isolated farms and hamlets.

Cassava is the staple food in the DRC with maize being the second but, according to UNICEF, an estimated 3.3 million children under five are currently suffering from acute malnutrition in the country with one million of those experiencing severe acute malnutrition. In 2019, child mortality rate for children in the Democratic Republic of the Congo was 84.8 deaths per 1,000 live births with infectious diseases, malnutrition and neonatal and pregnancy-related conditions being the main sources of mortality. The situation is compounded by the ongoing insecurity, COVID-19 pandemic, and poor access to essential services for vulnerable children and families. The video below shows aspects of life in the Democratic Republic of Congo. There are many charities you can contact to help children there together with child sponsor programs.