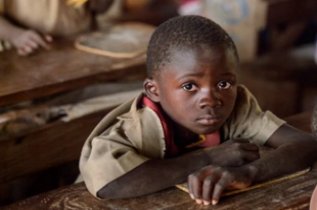 Togo, with its population of 8.279 million (2020), is located in West Africa with Ghana to its west, Benin to its east and Burkina Faso to its north with its southern border meeting the Gulf of Guinea. Following independence form France in 1960, Togo came under a number of oppressive regimes until tentative steps towards democracy started to emerge in 2007. Despite this, many see these steps as stalled and Togo remains relatively unstable and one of the poorest countries in the world and, despite being one of the world's main cocoa and coffee exporters, it remains heavily dependant on foreign aid.

Today Togo is in 167th place out of 189 countries and territories in 2019 when ranked in terms of life expectancy, literacy, access to knowledge and the living standards of a country with a life expectancy of 61.04 years (2019). Half of Togo's population live under the international poverty line, one out of every thirty children in Togo die of the preventable disease malaria, accounting for 25% of all childhood deaths, not least because, although the disease in rampant, only about 15% of children under the age of five in Togo sleep under a malaria net despite being available for just a pound or so, but out of the reach of poor families. Less than one in five Togolese is able to use improved sanitation facilities and there are similar deficits in housing, medical infrastructure and education.

Child sponsor programs in Togo work with orphaned and abandoned children, the promotion of children's rights in a country where culturally children are seen to have no such rights and harsh, physical abuse of them is seen as acceptable as is enforced hard labour, access to education and healthcare and developing secure food and water supplies. You can help when your sponsor a child in Togo.