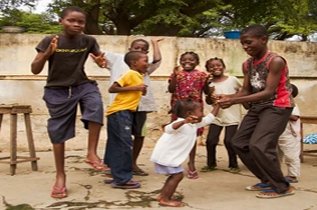 Togo, in West Africa, is bordered by Ghana to its west, Benin to its east and Burkina Faso to its north. Covering just 22,008 square miles, it's one of the smallest countries in Africa, with a population of approximately 8.082 million (2019). It also holds the distinction of being one of the narrowest countries in the world with a width of less than 71 miles in places. Although widely known as Togo, the former German protectorate of Togoland is actually called the Togolese Republic. After the cessation of hostilities at the end of the First World War, its rule was transferred to France and Britain with British Togoland becoming part of the newly created state of Ghana in 1957 and French Togoland gaining its full independence in 1960. Togo's first president, Sylvanus Olympio, was assassinated in 1963 in a military coup led by Sergeant Etienne Eyadema Gnassingbe and opposition leader Nicolas Grunitzky was appointed President. However Gnassingbe was later to overthrow Grunitzky in a bloodless coup in 1967 and went on to become Africa's longest serving dictator until his death in 2005. He was succeeded by his son, Faure Gnassingbe, with support from the army, who continues to hold office having won (not always uncontroversial) elections in 2005. 2010, 2015 and 2020. 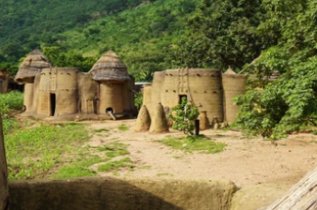 Togo is in 167th place out of 189 countries and territories in 2019 when ranked in terms of life expectancy, literacy, access to knowledge and the living standards of a country, making it one of the world's poorest nations, with a life expectancy of 60.76 years (2018). Nearly 81.2& percent of Togo's rural population lives under the global poverty line with the welfare of children remaining a significant challenge as 49.5% of those impoverished are under 18 years of age. This situation is not helped by poor prospects as while education is highly prioritized by families in Togo with most children now attending primary school, only about 41% of children are enrolled in secondary school with just 60% of teenagers being literate (recently 59% of students failed the government final exam for their grade level.) Current education spending in Togo is 5.3696% of GDP in 2018 compared with Nigeria at 7.04%, though significantly higher than neighbouring Benin at 2.934% and Ghana at 3.9894 % in 2018 and on a par with Burkina Faso at 5.4%.

Although crime is widespread in Togo with tourists regularly subjected to theft and pick-pocketing, especially in Lome along the beach and in the markets, Togo has many tourist draws including a somewhat unique landscape spread across the country's five regions, historic monuments and sites including fortress-like clay huts (above) dating to the 17th century thzt were lived in by the Batammariba people, and a 28 mile coastline with beautiful fine sand beaches, bordering the atlantic ocean.

Check out all the latest African
volunteer work placements
and opportunities in Togo.

Facts, video and information about Lome, the capital of Togo in West Africa, complete with a brief history.

Details of how to sponsor a
child in Togo with Togo
child sponsor programs.

Read all the latest and breaking news from Togo together with current events at our Togo news portal.