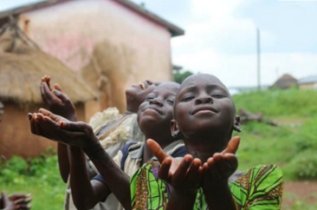 With its population of 31.07 million (2020), Ghana is seen as a relatively stable democracy supported by an economy buoyed by gold and cocoa exportation. Oil reserves found off the coast are likely to boost the economy further in years to come. Yet, in the north of the country, poverty is rife with a short rainy season barely supporting subsistence farming causing food shortages resulting in chronic malnutrition. This poor water supply leads to the spread of waterborne disease amongst the child population ranging from bacterial and protozoal diarrhoea, to hepatitis A and typhoid fever.

Ghana is in 138th place out of 189 countries and territories in 2019 in terms of life expectancy, literacy, access to knowledge and living standards of a country. Literacy rates are as low as 1% in some areas and every year, malaria kills at least 20,000 children. 160,000 children in Ghana have been orphaned by AIDS and a further 17,000 children under the age of 15yrs are infected themselves out of a total child population of just over 10.5 million. Many children from the north make their way south to escape poverty and lack of education in the hope of finding employment in urban areas like Accra and Kumasi, however most just end up on the streets. It is estimated that the child street population of Accra stands at 26,000. Whilst child labour is illegal in Ghana, its a reality for many children with thousands engaged in portering, domestic servitude and farm labouring just to stay alive.

Child sponsor programs in Ghana focus main on the north and north-east of the country providing access to safe water in the north, caring for orphans and abandoned children, educational provision and AIDS prevention and awareness You can help when you sponsor a child in Ghana.