A video about the history of Chad together with historical images and pictures.
More >

Find out about N'Djamena, the capital city of Chad in this video profile and get rare insights into the city.
More >

This is a great video providing insights into the people of Chad as they go about their daily lives.
More >

A United Nations video documentary about the issues regarding the use of child soldiers in Chad.
More >

A short video about poverty statistics and realities in Chad from the International Monetary Fund.
More >

Take our online trivia quiz about Chad and see how much you know about the little visited country Chad.
More >

Hear and watch Chad music and dance in this music video about and featuring Chad song.
More >

Check out all the latest African volunteer work placements and opportunities in Chad.
More >

This video shows some of the most unique pictures of Chad we have seen; rare glimpses into Chad.
More > 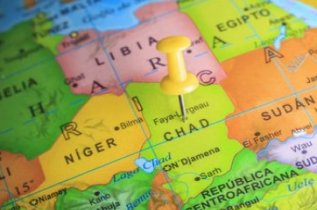 Read all the latest and breaking news from the nation of Chad here at our Chad news portal.
More >