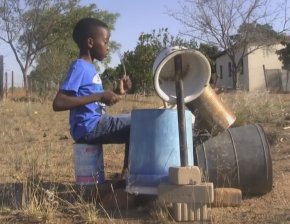 The situation for children in South Africa is admittedly better than for children living in many other African countries, however it is not as good as it should be for a country endowed with great natural resources. Many of the problems children in South Africa face can be traced back to the recent apartheid period of the country's history. For example in 1978 there was one doctor for every 400 white children, but just one doctor for every 44,000 black children. Again, there was one teacher for every 22 white children whereas black children had class sizes averaging 60 students with $696 spent on every white child's education but just $45 per annum for each black child.

These discrepancies are no better highlighted than in infant mortality rates where 2.7% of all white children died before their 5th birthday whilst 20% of black urban children died, rising steeply for 40% of all black children in rural areas. Today some 20 years after the end of Apartheid, the situation is improving however many still have unmet needs in terms of health (just under half of all children are thirty minutes away from a heath clinic), education, decent housing (one in three children live in inadequate housing) and safe food and water sources (half of all South African children do not have access to safe water supplies). 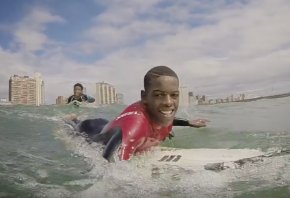 Children in South Africa attend the country's 48,000 schools with an average school catering for around 256 children with each school employing around 8 teachers. Education is broken down into primary school (grade 1 -7) and high school 8 - 12) offering thirteen years of education, although grades 10 - 12 are not compulsory. Literacy rates are high for Africa with 86.4% of children being able to read or write, although there are wide discrepancies. For example, in places like Nkandla, only one in three children go to school with 97% dropping out before they complete their education due to poverty.

Whilst many, perhaps as high as one in three, South African children do not possess legal documents precluding them from state benefits, there is the ongoing situation of children fleeing nearby Zimbabwe crossing the dangerous Limpopo River and arriving in South Africa without documentation leaving many of these young people at risk of trafficking, exploitation, prostitution and drug dealing. The video below gives insights into life for children in South Africa together with projects and programs operating in the country to support them.