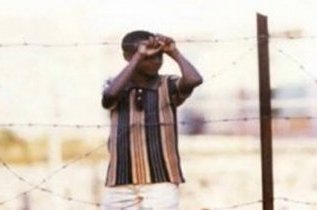 South Africa, with its population of 59.31 million (2020), is the 25th largest country in the world and is located in southern Africa sharing a border with Namibia, Botswana and Zimbabwe to its north, Swaziland and Mozambique to its east and 1738 miles of coastline bordering the Atlantic and Indian oceans. It has one further border with Lesotho, an enclave kingdom within South Africa. Today it is an established democracy however its apartheid history and years of oppression have left a legacy of cultural violence, lack of education for a generation and widespread poverty, particularly outside the major conurbations. South Africa is in 114th place out of 189 countries countries and territories in 2019 when ranked in terms of life expectancy, literacy, access to knowledge and the living standards of a country.

This is significantly above the standing of other countries in sub-Saharan Africa, but still below that for medium human development. Life expectancy for South African children is 64.13 years (2019). 57% of South Africa's population live in poverty with 50,000 children dying each year from curable diseases or malnutrition. One in twenty children die before the age of five, nearly 20% of the adult population suffer from AIDS/HIV (280,000 children are also infected); 1.4 million children have lost a parent to AIDS and overall there are around thee million orphans in the country. Many children in South Africa also have unmet needs in terms of education, decent housing (one in three children live in inadequate housing), secure food and water sources (half of all South Africa's children do not have access to safe water supplies).

These needs are compounded by high rates of unemployment, abuse (three South African children are killed every day) and crime with South Africa having the world's second highest crime rate). Child sponsor programs in South Africa focuses on orphaned and abandoned children, the provision of education (not least the health effects of AIDS), family strengthening, clean water projects and immunisation and health programs. You can make a difference when you sponsor a child in South Africa.