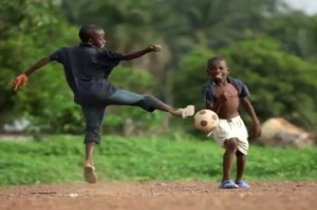 There are 7.977 million (2020) people living in Sierra Leone and around 41% of them are under the age of 15 with, overall, 62.5% 25 years old or younger. According to the United Nations, Sierra Leone has one of the world's highest mortality rates for children under the age of five with around 109 children dying for every 1,000 live births and few children can expect to live longer than 56 years with a life expectancy of 54.70 years in 2019. Literacy rates in 2018 are 43.2% for adults rising to 67.4 % for children and young people in Sierra Leone, though lower for girls. These figures, however, are improving year on year.

Little can be written about Sierra leone without refernce to the civil war that raged from 23th March 1991 until 18th Jan 2002 which left over a third of the country's population displaced, tens of thousands dead, infrastructure (including thousands of schools) just piles of rubble and the nation left emotionally scarred for generations not least the country's children, thousands of whom had been forced, under pain of death, to become killer child soldiers. When a civil war ends it's not just a matter of signing a peace accord, the real challenge is how to integrate those who have brutalised and slaughtered back into the same communities. The child soldiers of Sierra Leone were brutalised from a very young age and had life or death power over adults in their communities. For them to return successfully into those communities and integrate back into both society and school proved to be a major challenge and many of them are today's parents of children in the country. Others who were born during the war are still in education or setting out on a life as young adults. 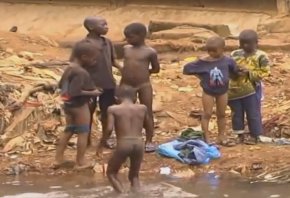 Although the horror of those years is now fading, a long-standing civil war takes generations to recover from and today Sierra is in a derisory 182th place out of 189 countries in 2019 when ranked in terms of life expectancy, literacy, access to knowledge and the living standards: 44.2% of children in Sierra Leone live in poverty with higher levels in rural areas at 60% falling to 20% in urban areas with poverty highest in the north region and lowest in the west with a lifestyle based around subsistence farming and/or fishing. Homes are without electricity (just 1% compared with 30% in urban areas) or running water and are generally built with mud bricks with thatched roofs with meals being cooked outside on an open fire. Only 6% of rural children have access to improved sanitation (21% in urban areas) leading to many children suffering from bacterial and protozoal diarrhoea, hepatitis A, schistosomiasis and typhoid fever. Malaria and yellow fever are also widespread. Washing is normally done in nearby rivers and water collected from wells of pumped sources. Children in Sierra Leone eat a diet of rice, cassava root, and leafy greens supplemented, when available, by fish. mice, rats, monkey meat or chicken. Accoridng to UNICEF, nearly half of a million of children under-five are stunted while 30,000 are suffering from malnutrition and are at immediate risk of death due to inadequate dietary intake and a high disease burden affecting young children.

Polygamy is common place in Sierra Leone with children growing up within extended families often including aunts, uncles and grandparents. Given the war and health in the country, 43% of all households are made up of just children and young people under the age of 18yrs with no adult carer. Child labour, not that is seen as such in the country, involves 31% of children ages 5-11yrs being lowest in the Western Region (13%) and highest in the Southern Region (46%) of the country. For those children attending school in Sierra Leone the school day starts at 8am and finishes at 2.30pm. The first nine years of education are compulsory and start with primary education (6-12yrs), then junior secondary education of three years and finally three years of either senior secondary education or technical vocational education after which for some four years of university or other tertiary education may be available to successful candidates. 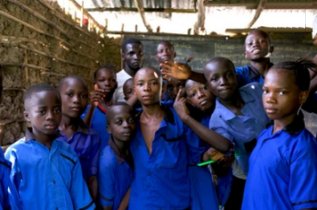 At the end of primary education, children take the Basic Education Certificate Examination (BECE) and, if they pass, are awarded the National Primary School Certificate that informs what type of further secondary education they will attend (if they stay on) ~ specialist or technical/vocational (often agriculture/carpentry/brickwork etc.) Those sudents in junior secondary school who are in technical and vocational tracks can, on completion, enter the workforce or continue their formal education in a technical/vocational institute while to qualify for entry to the Senior Secondary School WASSCE program, a candidate must obtain a minimum of Unit/Grade 6 in five or more subjects including Language, Arts or Mathematics. In 2021 there was a pass rate of 78.61% (77.92% females and 79.70% males). However, results across the country are varied; 158 schools had a 100% pass rate in 2021 for the WASSCE program whilst 12 schools didn't have a single candidate who passed their exams. Nevertheless, it is widely recognised that education for children in Sierra Leone is improving, spurred on by the election of Julius Maada Wonie Bio as President in 2018 who, on taking office, introduced free education to the more than 1.5 million primary and secondary students and nearly doubled the country's education budget, raising it from 11% to 20% of public spending. Bio also made teacher training free and opened training institutes across the country. 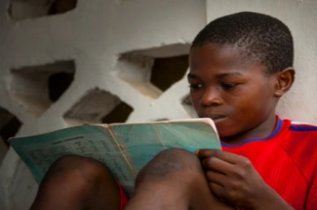 It would not be possible to discuss children in Sierra Leone without referencing orphans in the country. Not only did an estimated 310,000 children grow up without their parents because of the civil war, but a further 18,000 of them have been orphaned due to AIDS. As if that was not enough, an Ebola virus epidemic in Sierra Leone occurred in 2014 leaving thousands of children without parental care. Being one of the poorest countries in the world, the life outcomes for these children appear limited as already poor families simply don't have the resources to offer a home to an orphaned child, barely coping to provide for their own children, let alone those who are traumatised. During the war itself, many of these orphans fled the violence to what they believed would be the safety of refugee camps on the Sierra Leone /Liberia border, however far from finding safety, these children, with no adults there to protect them, found themselves in dire need of medical and food attention and preyed on by rebels from the Revolutionary United Front (the militia at war with the government in pursuit of control of the country's diamond mines), where they were recruited as child soldiers and forced into underage sexual activity in exchange for scraps of food or money. Many were brutalised and maimed during this time. A later study found that over 70% of these orphans had contemplated suicide. 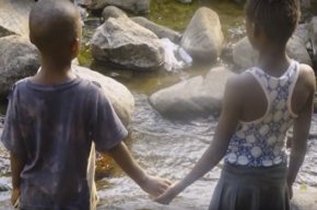 As one child commented "I feel like I have no purpose, like there is no meaning to it .... I have to struggle just to get clothes for us. I beg to eat." Life is tough enough for all children in Sierra Leone, however, without education nor social support many of these orphans ended up on the streets of towns like Freetown and many more former child soldiers found themselves unable to adjust to any form of normality having learned one lesson in life, how to grasp power through violence. However there are organisations such as SOS Children's Villages who have been working hard for decades, even before the civil war, to provide the best care possible for these children, even when their own staff and facilities came under rebel attack during the war. Below is a video about life for children in Sierra Leone and also projects and programs that work with children in the country you may wish to support.