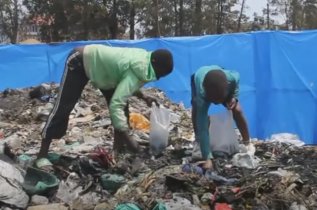 The number of street children in the Republic of Congo has increased from the civil war and the political instability thereafter. The presence of street children is a particular problem in Brazzaville, where there are an estimated two thousand children sleeping rough, to Point-Noire as well as other urban areas. The situation in Brazzaville is intensified by its close proximity to Kinshasa in the Democratic Republic of Congo from where many have fled across the river in search of safety. Most of these street children are aged between 10-18 and the problem has been exacerbated by the decline in the country's economy with families sometimes unable to support their young, which account for 45% of the entire population.

Of the Republic of Congo's 1,716,000 children, 69,000 have been orphaned by AIDS and a further 6,600 are infected themselves. When parents die and there is no extended family willing or able to care for you, children head for the streets of the larger cities and towns for survival. It is estimated that 50% of all street children in the Republic of Congo are orphans and a significant majority of these and the remaining 50% have fled conflict in the Democratic Republic of Congo. Many children also end up on the streets having been trafficked as street vendors with the Congo being a known destination for child trafficking. These children, though, tend to have a home to return to, even if that one is one of servitude, where they are sent out onto the streets during the day to beg, sell or have their bodies abused. Those with no where to go have to scavenge rubbish tips as seen in this video and at night try and find some where safe to lie down and sleep. Of course they are markedly more at risk of sexual exploitation and abuse. One sixteen year old girl living on the streets of Brazzaville noted "I was raped twice in the middle of the night by two young people, whom I could not identify." 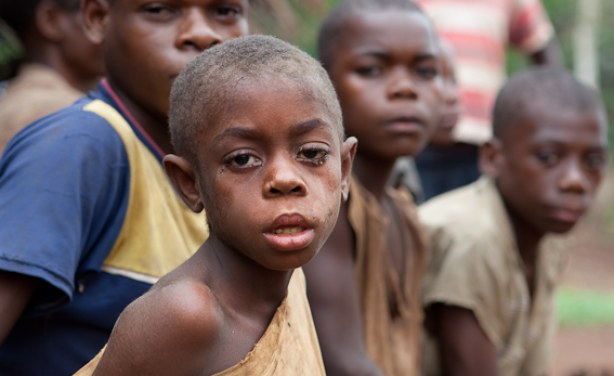 Another group of street children in the Republic of Congo are the 7-10% of children with disabilities who are often socially excluded and out of school. Without the chance to receive an education and therefore employment, they are reduced to begging on the streets. Although the constitution of Congo provides protection to those with disabilities, its implementation is deemed unsatisfactory. The video (below) shows how some children living on the streets of the Republic of Congo survive by scavenging on rubbish tips for food and cast away items they can resell. If you operate or know of projects and programs working with street children in Congo Brazzaville please contact us using our contact form so we can add your details to this site.