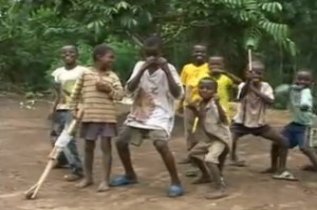 Life for children in the Republic of the Congo should be better than for other children on the African continent; there are high literacy levels (running at 82.8% ~ one of the the highest across Africa) and longer periods of education, which is both compulsory and free for children aged six to fifteen bolstered by the government there pledging to increase its funding for education up to 20% of the country's budget for recurrent expenditures, provided oil revenues continue to grow. Despite these figures including high attendance rates (averaging 80% across the country), it is widely acknowledged that the actual standard of the schooling itself is of an unsatisfactory quality not least because the schools themselves are under resourced. As with many countries, life can be very different for children in urban and rural areas. For example, 84% of children living in towns and cities have access to safe drinking water whilst this drops to just 27% for children living in rural areas of the Republic of Congo.

Similarly, access to healthcare varies considerably not least because 66% of all doctors in the country live and practise in the capital city Brazzaville. The situation is also wanting for the indigenous children in the Congo still called 'pygmies'. These children are often discriminated against by other Congolese and are regularly subjected to physical or other abuse. During the civil war, the pygmies, who make up 2% of the country's population, were treated as 'game' and even hunted down and eaten often by members of the Movement for the Liberation of Congo. Today many pygmies and their children still live as slaves to Bantu masters. Efforts to improve their circumstances are hampered not least because many of the children have difficulty in attending school as birth certificates are required for enrolment. Few have such documents as their very lifestyle is outside of such societal norms. As such, despite education being compulsory, just over one in three indigenous children between the ages of 12-15 attend school. 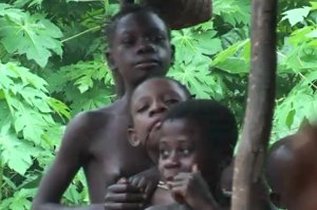 Child labour is also an issue in Congo Brazzaville with many young people engaged in the production of cocoa, farming, catching and processing fish and raising livestock as well as more labourious tasks such as breaking stones in quarries with the Republic of Congo being recognised as a source and destination country for the trafficking of children with many children in the country living as refugees having fled the ongoing conflict in the Democratic Republic of Congo. Many of these children end up on the streets with the problem being particularly high in the country's capital of Brazzaville, where there are an estimated two thousand children sleeping rough. 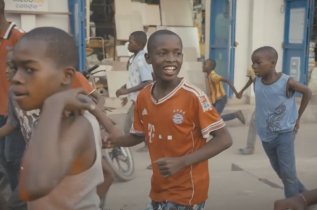 Children particularly vulnerable to living on the streets are the 7-10% of the child population with disabilities as they are socially excluded, rarely attend school and are thus ill equipped to find employment, making life on the streets more inevitable. Despite these wide ranging concerns, the government is making some progress on the Convention on the Rights of the Child and has recently enacted laws on child protection. The government has also been overseeing a program to ensure that all children have a birth certificate to prove their nationality.

Of the Republic of Congo's 1,716,000 children, 69,000 have been orphaned by AIDS and a further 6,600 are infected themselves. 26% of children under the age of five are chronically malnourished whilst 47% have a vitamin A deficiency, with 33% having an iron deficiency. Children also face risks of infections of diseases such as bacterial and protozoa diarrhoea, hepatitis A and typhoid fever as well as rabies and Malaria, the latter accounting for 35% of all child deaths in hospitals in Brazzaville and Pointe Noire. Life expectancy for all children in the Republic of Congo is 64.57 years (2019). The video (below) provides some insight into the life in Congo Brazzaville together with projects and programs to support children and young people in the country.