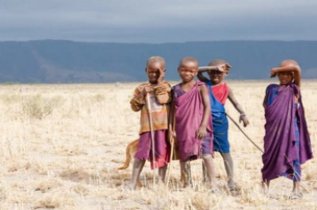 Tanzania, with a population of 59.73 million (2020), was formed by a merger in 1964 of the former British colonies of Tanganyika which gained independence in 1961 and the island of Zanzibar which gained its independence in 1963. It's located in south-east Africa and bordered to the north by Kenya and Uganda; Zambia, Malawi, and Mozambique to its south and the Democratic Republic of the Congo to its west whilst the east faces the Indian Ocean. Unlike many other African countries following independence, Tanzania has enjoyed relative political stability although that has not been matched by economic success. Following the adoption of a new constitution in 1992 with multi party elections in 1995 today the country promotes a free market economy that is successfully attracting much needed inward investment.

Nevertheless Tanzania faces many challenges and is in 163rd place out of 189 countries and territories in 2019 when ranked in terms of life expectancy, literacy, access to knowledge and the living standards of a country. The average age in the country is just 18 years old and life expectancy is around 65.46 years (2019). Most of its citizens live under the poverty line. One in every six children die before their fifth birthday and over three million children do not attend school, with 1,300,000 children orphaned through AIDS/HIV. Of the 1,400,000 Tanzanians living with HIV/AIDS, 250,000 of them are children under 14 years of age.

Other children die from the preventable disease of Malaria however many also die from diarrhoea given that 45% of children do not have safe access to safe water and 67% do not have access to proper sanitation. Child sponsor programs in Tanzania focus on working with orphaned and abandoned children, promoting engagement in education particularly for girls most of whom don't attend primary school, developing clean water and sanitation projects, developing AIDS awareness and prevention programs and healthcare projects. You can make a difference when you sponsor a child in Tanzania.