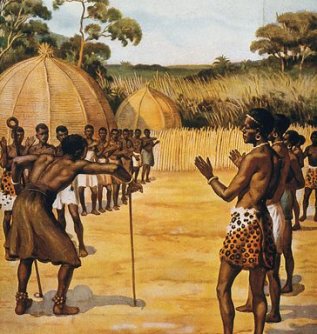 So much money has been thrown at Africa over the years, and people are still starving, governments are still corrupt and the outlook remains bleak with factions, wars, crime and pirating being endemic on that continent. Why should we bother throwing good money after bad, we've enough problems of our own? Its even been said that aid to Africa is somewhat akin to poor people in rich countries giving to rich people in poor countries. That summarises many western minds towards the 'problem' of Africa. A problem that simply will not go away. Yes, its true, good money has been thrown after bad and more will be wasted, but we cannot turn our back on the continent for African history is our history, and it is for us, however long it may take, to right some terrible wrongs and restore Africa to the place where it belongs. A place we should be proud to call home.

It is widely believed that Homo Sapiens evolved in Africa between 100,000 and 150,000 years ago. Around 40,000 years ago, for reasons unknown, man ventured into and colonised what was to be to known as Europe. In truth we know very little of our African history and ancestry until the rise of Egypt around 3500 BCE. By then the desertification had turned the Sahara into sand, separating northern African countries from those in the south, with the north being populated and colonised by dynasties such as the Romans, with trade routes across to the east flourishing and mixing with the indigenous peoples. For over nine hundred years from the seventh to the sixteenth centuries, Islam took a grip across the continent, particularly in the north, and adventurers there seemed to stop at the edge of the great desert, with it not being until 1487 that any European reached the furthest tip of South Africa. Soon after, Portuguese, followed by the English, Spanish, Dutch, French and Danish set up trading outposts, keen to exploit the wonders of the continent. Already domestic slavery was an accepted fact of life, just as it has been throughout known African history. 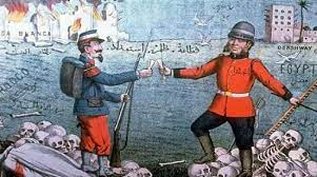 Slaves were used to cultivate land, initially within Africa, but in 1619 this changed when the Dutch started purchasing slaves to take to what is now the USA. Soon thereafter, slavery became a major commercial venture and remained so for well over a hundred years. That Africa was just a place for its riches and people to be harvested for the betterment of western man was exemplified in the partition of Africa towards the end of the nineteenth century. The 'great' colonial powers simply carved the continent up between them, without any regard for the wishes, rights or boundaries of those who actually lived there. And so it remained, the personal fiefdom of Europe, except for Abyssinia and Liberia, until the end of the Second World War, when, in return for USA aid, Europe was forced to accept that its colonial days, in Africa at least, were over, and a steady march towards a degree of freedom for those African countries began. Of course some countries, such as Portugal, were reluctant to relinquish their spoils, and a number of bitter wars were fought between the newly emerging nations and their former 'masters.'

But as the west withdrew, they did not leave behind systems of government for the population to take over, they left vacuums; vacuums that were soon filled by many who had no experience of governing for the benefit of the many, so sought to govern for the benefit of the few. This is our legacy to African history, conquest, exploitation and then abandonment and so much of this even within the last fifty years or so. Today Africa suffers from natural disasters such as famine, but its internal strife is as much the creation of the west as its continuance is of failed internal governance. For hundreds of years, we exploited a continent and its people for our own ends, disregarding and oblivious to the suffering, damage and pain we inflicted. Today, we cannot simply walk away. For recent African history is our legacy, and it is one that we are duty bound to address. If sorry seems to be the hardest word, provide support for this continents' children instead, and give them the health and education to forge a better future for themselves and their own children as we journey through the twenty first century.