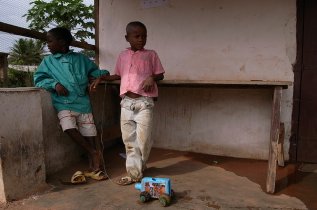 More than 2 million children under the age of 18 live in Liberia with a third of all children are under the age of 5 out of a total poplation of 5.058 million (2020). For all age groups, very little happens even today that doesn't have a shadow cast over it by the civil war that raged in Liberia for fourteen years and cost 250,000 lives out of a then even smaller population of 3.5 million leaving an estimated hundreds of thousands of children orphaned in a country ill-equipped to deal with them; its economy destroyed, its infrastructure in tatters and a society divided and suspicious of neighbour on neighbour. Many of these orphans were recruited as child soldiers and, after the war ended, were treated as pariah's by their own communities whom they had been unleashed upon. They were also severely traumatised, hardly surprising when 87% had seen a family member killed, 60% had seen other children beaten to death whilst 84% reported that they had experienced being "surrounded by, lying underneath or stepping on" dead bodies. Without family nor friends to care from them, those who didn't end on the streets ended up in orphanages which became big business after the war ended, with well intentioned, but often misguided attempts to manage the Liberian orphan population.

Liberia's second civil war ended in 2003 however Liberia has all the hallmarks of a post-conflict country with schools damaged or destroyed, teachers having left their posts with children who had emigrated to neighbouring countries to continue their education where it was available. Then, just over a decade later, there was an Ebola outbreak in West Africa that claimed the lives of more than 11,000 people in Liberia, Sierra Leone and Guinea. One unexpected result of this was that birth registrations for children in Liberia in 2014 and 2015 dropped markedly because many health facilities closed during the outbreak leaving an estimated 70,000 children whose births were not registered meaning, as the years passed, they were (and indeed are) unable to access basic health and social services as they don't have identity documents placing them at risk of being trafficked or illegally adopted. 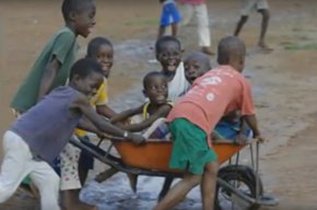 In 2019, the child mortality rate (under fives) for Liberia was 84.6 deaths per 1,000 live births (though down from 284 deaths per 1,000 live births in 1970) and stunting has been measured at 35.5% at the national level in Liberia, with peaks of 41% in Grand Bassa and 38% in Rivercess counties, and 32% of children in Liberia under 5 years suffer from chronic malnutrition. This general health care challenge is compounded not just by a paucity of health care professionals but also by the country's hot, tropical climate that is ripe for numerous diseases from cholera, lymphatic filariasis, yellow fever, river blindness, to the country's greatest health threat of malaria. According to the Liberia Institute of Statistics and Geo-Information Services, some half a million children are anemic as very poor households in Liberia simply cannot afford nutritious diets and COVID-19 has made this situation even more difficult.

Compared with neighbouring countries, Liberia has a low literacy rate running nationally, according to UNESCO, at 48.3% (male 62.7%, female 34.09%.) This doubtlessly reflects that the education system was effectively destroyed during the civil wars (1989- 1997 then 1999-2003) when many schools were destroyed and qualified teachers killed. Those lost years left many of today's parents uneducated. When Ellen Johnson-Sirleaf was elected president in 2005 she introduced free and compulsory primary education, although secondary school retained its fee paying structure. Education for primary school children in Liberia is focussed on basic reading, writing, and mathematics skills together with a rudimentary understanding of history, geography, natural science, social science, art, and music. 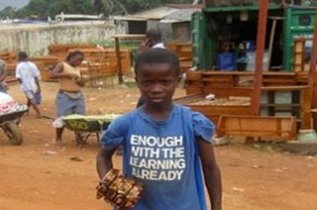 Secondary education for children in Liberia comprises three years of junior high school (12-15 year olds) leading to the Junior High School Certificate upon graduation then three further years of senior secondary level (15 -18 year olds) ending with the Senior High School Certificate. However, Liberia has one of the world's highest levels of out-school children, with an estimated 15 to 20% of 6–14 year-olds not in class and only 54% of children complete their primary education. Drop-out rates are higher for girls as they quit for reasons ranging from forced marriages, early pregnancies, discrimination and violence. (Girls were even known to have sex with their predominately male teachers in order to receive decent grades.) Many parents do not have confidence in government provided education not least because of inadequate learning facilities so prefer to send their children to private schools but these are expensive and those costs are often unsustaniable. Delivering a quality education is made even more difficult in the country as 36% of primary school teachers and 29% of secondary school staff are unqualified, again reflecting the numbers killed in the wars. 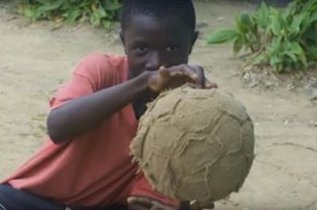 There are an estimated 47,000 people currently living with HIV/AIDS in Liberia, including 3,600 children representing 1.5% of Liberians aged 15-49, which is low compared with other countries. However only 68% of these individuals know their positive status and even less are on treatment meaning around 12,800 Liberians don't even know they are infected and therefore at risk of transmitting the disease. Other facts and figures paint an unequally bleak picture for Liberia children with poverty in Liberia remaining widespread; more than half of the population (50.9%) live below the national poverty line with 20% in extreme poverty. Life expectancy is 64.10 years (2019) in a country ranked in 175th place out of 189 countries and territories in 2019 when ranked in terms of life expectancy, literacy, access to knowledge and the living standards of a country.