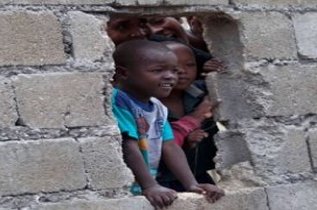 The past few years have seen droughts across Mauritania where 74% of the country's population have historically lived, relying on agriculture to survive. Today, many men and boys have abandoned the land and their families in search of work elsewhere. Life expectancy is some 64.92 years (2019) and, with a population literacy rate of 53/5%, poverty is a major issue in Mauritania with more than 16.6% of the population living below the extreme poverty line meaning many children can only eat just once a day, leaving one in five chronically malnourished. Mauritania has a child mortality rate (under fives) of 72.9 deaths per 1,000 live births compared with just three in say a country like Spain. Part of this is because only 53% of the child population has access to safe water supplies. Locusts also plague the area, often wiping out entire harvests sending food prices rocketing in a country dependent on subsistence farming with its fishing industry in decline due to over exploitation.

Mauritania hopes to improve its economy through oil production however, to date, this remains under developed due to corruption, incoherent policies and bad governance. There are very few child sponsor programs in Mauritania however agencies focus on the provision of water supplies and health care together working with farmers to develop sustainable farming techniques that can maximise crop yields. You can make a difference when you sponsor a child in Mauritania.