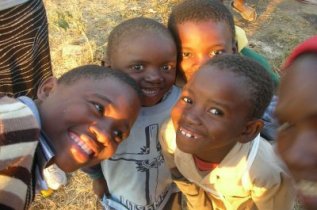 Eswatini, with its population of 1.16 million (2020), was formerly known as Swaziland with that name being an amalgamation of the English language and the national language, Swazi. It was hoped that by renaming the country, a significant vestige of its colonial past would be removed. It's a small landlocked country surrounded by South Africa to the north, west and south and Mozambique to the east that gained its independence in 1968 from the United Kingdom. The country is ruled by King Mswati III, the world's last absolute monarch, who has ruled by decree since 1986 and who has continued to ban political parties after his father, King Sobhuza, dissolved the constitution in 1973, however there is growing unrest and demand for political reform, frequently stalled by the ruling elite.

Eswatini is in 138th place out of 189 countries and territories in 2019 when ranked in terms of life expectancy, literacy, access to knowledge and the living standards of a country with a life expectancy of 60.19 years (2019) however that standing belies the crisis facing the country as Eswatini is one of the most severely HIV-affected countries in the world and today more than one in three adults is infected (the HIV prevalence rate among pregnant women is currently estimated to be 43%.) The situation is so dire that the very existence of the country is under threat with the United Nations noting that if the infection rate continues unabated the Swazi population will be wiped out in the forthcoming decades. As if that wasn't enough for the child population of Eswatini; there are an estimated 100,000 orphans in the country (nearly 10% of its overall population) and this is likely to increase given the rapidly rising levels of HIV/AIDS. Many children are actually raised by other children having a negative affect on their educational opportunities. About 31% of the under-fives in Eswatini are stunted in growth,

Child sponsor programs in Eswatini work with orphaned and abandoned children together with child-headed families where parents have died through AIDS, AIDs awareness and prevention, helping with school fees and equipment and access to healthcare and secure food supplies; a situation becoming more critical following recent droughts. You can help when you sponsor a child in Eswatini.