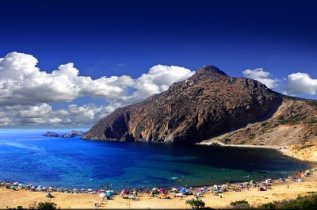 Algeria has the distinction of being the largest country to border the Mediterranean Sea and is the largest country in Africa after Sudan's split and the eleventh largest in the world with a population of some 43.05 million (2019). As a major exporter of oil and gas on the doorstep of Europe, Algeria is in 91st place out of 189 countries and territories in 2019 when ranked in terms of life expectancy, literacy, access to knowledge and the living standards of a country putting it above other Arab states and above average world development although outside coastal areas where most of the population reside, a third of the child population live in poverty. Originally known as Numidia, Algeria at stages in its history became part of the Roman and later Byzantine empires, until conquered by Muslim Arab armies in the mid seventh century. In later centuries Spain made inroads into Algiers as part of its expansionist policies however the country was conquered in 1516 and became part of the Ottoman Empire although the Spanish maintained a hold there until 1792 when its two held cities were sold by the King of Spain to the Bey (provincial governor) of Algiers.

During the Ottoman rule (below) Algeria became a great military power and assumed a reputation for piracy until successfully invaded by France in 1830. Following this bloody invasion in which many tens of thousands of Algerians died, there was a mass migration from France to populate the cities there and firmly make it an integral part of France. The native Algerian people never accepted this French rule and in 1954 the Algerian National Liberation Front (FLN) launched the Algerian War of Independence which ended with a plebiscite called by then French President Charles de Gaulle. There was an overwhelming vote for full independence which was granted on 5th July 1962. The FLN has dominated Algerian politics ever since. 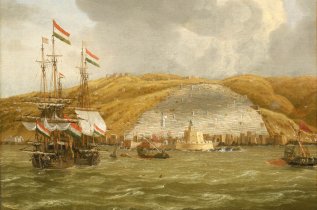 During the 1990s the Islamic Salvation Front challenged the FLN's dominance however army intervention to crush the movement led to all out insurgency in which some 100,000 people died. By the late 1990s the armed wing of the FIS, the Islamic Slavation Army, was crushed and disbanded by government forces and subsequent democratic elections saw Abdelaziz Bouteflika elected president on three occasions, at least one of which is largely seen as 'rigged'.

Today Algeria faces a number of problems including inefficient government and allegations of corruption, high levels of unemployment, poor housing for the masses as well as power outages. Against the backdrop is a simmering Islamic discontent with the government with extremist groups carrying out regular kidnapping and bombings against both the government and western interests in the country.