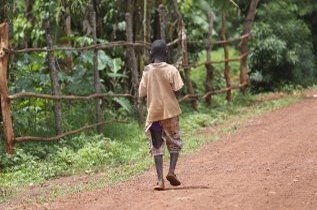 Before he could even scream, two arms lunged through the opening and seized him by the shoulders before dragging him through the window and throwing him to the ground. He knew was going to die and looked up to take a first and final look at his assailant, his knife ready. Then Coleb blinked in the moonlight. "You?" He had just seen a ghost.

When Sheila Knight decided to leave a personal legacy by establishing a volunteer work project in Uganda, East Africa, she could never have imagined the journey that lay ahead nor the world she would be drawn into by Coleb who wasn't quite the innocent child he at first appeared to be. 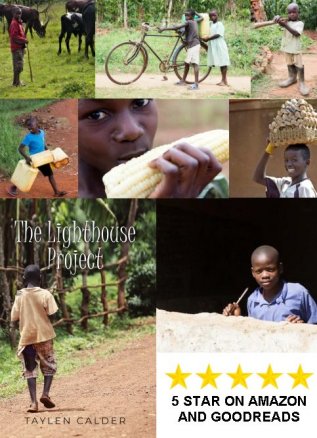 Written by a former child protection manager and chair of a charity working within a community in East Africa, The Lighthouse Project is an orphan's tale inspired by real events in Uganda and chronicles emerging love and friendship spanning five years built across western and African culture divides against a background of crime, mystery, duplicity, deception, manipulation and ultimate tragedy as lives are changed forever as Coleb strives to complete his adventure and secure his future in this heart-warming coming of age drama.

"An entertaining and memorable account of what can go wrong when the goals of non-profit benefactors collide with the needs and culture of the Ugandan beneficiaries. ... The characters are well-developed and memorable, the passages often humorous, with some schadenfreude moments, and the writing style is engaging. Many situations were deja vu with my experiences in Haiti and Ethiopia. Well worth the read especially for those working with non-profits abroad. In fact, it should be required reading."

"I have travelled to East Africa and enjoyed this thoughtful book immensely as it was very well observed. The characters were well developed as the story unfolds over a number of years ending with an emotionally satisfying ending. Although this will bring a wry smile to those who are familiar with the area it is a great story for anyone interested in human relationships and how they develop, driven by unexpected events."

"This novel about an orphan in Uganda trying to find somewhere called home was recommended to me by a friend given that I have spent some time in Uganda myself. In turned out the storyline was much more fulfilling spanning five years as a British family struggled to set up a charitable project in the country and became something of a mystery thriller as the orphan's personal story became entwined. Very emotionally satisfying and heart warming with a number of OMG moments along the way. If you have been to East Africa you'll want to read this, if you haven't been you'll want to go."

More about volunteering in Africa 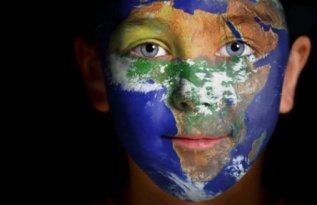 You're pretty much guaranteed a warm welcome when volunteering in Africa however there are a number of things about volunteering in Africa that you should give due consideration to before embarking on what may well be the adventure of a lifetime. The very first matter is "who is this volunteering for?" Sounds a very basic question, but you really need to give it some thought as too many go volunteering in Africa, fall in love with the kids, get a culture shock regarding child welfare, think they can change the world then return to the safe lives leaving the community they worked within behind. And can be left behind? Raised expectations, broken promises, unfulfilled hopes, reinforced views that whites think they are superior and boss the locals around, albeit well meaning. That sounds harsh but too many of the volunteers we have seen appear unaware that the place they volunteered in existed before they arrived and would do so again afterwards and they they are just a fleeting moment in the life of the community, albeit one captured forever on Facebook with likes from their friends alongside comments along the lines of "You're amazing!"

Why? You need to think about actually what was so amazing. It may have been amazing for you, but what about the community? What would have happened in their lives if you hadn't gone? Would their life have stopped, been less? Probably, if not definitely not! Be aware of the limited impact on the community if not yourself and assume no importance will be attached to your visit for anything longer than 24hrs after you leave. As a potential volunteer you also need to be aware not only of what you are doing there and why, but also of the unconsidered consequences of actions. One good example that occurred at a project in Africa where we were volunteering was when a nine year old boy severely cut his foot on some broken glass as, like many of the youngsters, shoes were out of the financial reach of the family. The two volunteers who had been present took him to his home and explained to his mother the severity of the cuts and that hospital treatment was required to tend to the wound. The mother agreed however was unable to accompany them to the hospital as she had other children in the household that couldn't be left unsupervised. As such she willingly consented for the two volunteers to take her son, Amon, to hospital. 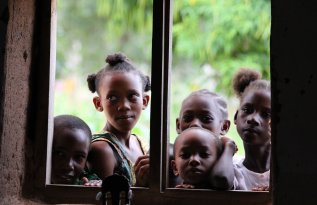 So far, so good. What could go wrong? Well, Amon had his foot properly stitched and bandaged and then it started to rain. As one of the locals would point out, "earlier it  was too much dust, now it is too much rain" as the untarmaced roads became sodden with the dirty mud threatening to seep into the bandages and stitch work. Fortunately as they awaited a "special" (private) taxi back to the village from the hospital they noticed some plastic shoes for sale for less than a Ł1.00. Ideal. With the new shoes on his feet, Amon's wound would be protected. The volunteers returned to the village satisfied that they had helped the child, had his medical needs promptly addressed and all had been done with the full and open consent of the child's mother. With that they returned to their volunteering centre and set about having a drink. Or two. What they weren't to know, nor could they guess, was that as word spread about the episode the following morning before school, a dozen other children would set about finding broken glass, then lacerating their own feet in the hope of also being bought a pair of shoes with one of the children later getting a severe infection in his blood stream. Their injuries and visits to hospital prevented them collecting brushwood for their families fires for many weeks so later they didn't eat properly and the cost of transporting them to the hospital drained their families' already meagre budget. One well meaning incident all went horribly wrong.

Another issue to be aware of is that of faith with many Africans being deeply religious perhaps like people were in Europe some one hundred years ago. Their faith in God may extend to believing that God brought you into their lives and that "you" includes your relative wealth; the type of wealth they may never experience. As such, they want a share in yours. Sadly, especially in children, this scenario effectively reduces some in a community where you may be volunteering, into begging. Again, it may have unintended consequences and whilst is is tempting to think "you helped" if you hand out money or items ~ the reality is you didn't. You probably hindered as any financial problem is that of the family or community, not for a well off muzungo (by local standards) to resolve. By helping short term you committed to perpetuating an underlying and long term problem. You probably also created some insane jealously as word would have got out that you helped one but not another with the one you helped may well end up ostracised long after you have returned home and bathed in the warm glow you received when you posted your generosity and good spirit on Facebook and got so many "likes."

The best advice we can give about volunteering In Africa is to remember that you are there for a very short period of time and its not down to you to change anything rather to learn yourself; after all, you wouldn't like it if someone visited your country and started telling you how to run your life. The project where you will be volunteering will be run by someone experienced; probably someone from the local community. Ask and take advice from them before making assumptions and you'll enjoy your volunteering experience so much more. And the community where you worked will doubtlessly welcome you back! For more experiences have a read of the 'Lighthouse Project' above. As one volunteer noted, "Well worth the read especially for those working with non-profits abroad. In fact, it should be required reading."