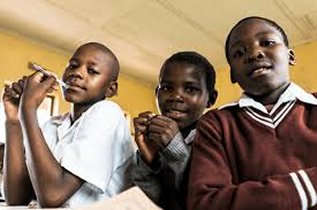 Swaziland is a small kingdom, officially renamed Eswatini in 2018, ~ and the world's last absolute monarchy ~ surrounded by South Africa to the north, west and south and Mozambique to the east with a population of 1.148 million (2019) and is ranked in 138th place out of 189 countries and territories in 2019 based upon the life expectancy, literacy, access to knowledge and living standards of a country. But the fact that levels of poverty and living standards in Swaziland are above other sub Saharan countries belies a terrible truth ~ that Swaziland dying. Literally. And its because of HIV/AIDS which is rampant in the country infecting half of the young population and reaching 50% for the 20-30yr age group ~ those of child bearing age. In fact as a result of AIDS the country's population is dropping by 2% every year and is likely to reach a critical point within the next generation when it ceases to be viable as a state with insufficient doctors, medical staff, teachers etc to run it and meet its needs. As such, most volunteer work in Swaziland focuses on the 100,000 children who have been made orphans through AIDS and rolling out health care and prevention schemes ~ in fact Swaziland is recognised as a leader in responding to AIDS although some suggestions such as any Swazi testing positive should be marked with a permanent logo on their buttocks as proposed by one MP so that "before having sex with anyone, people will have to check their partners' buttocks before proceeding" weren't implemented. Despite this suggestion being vetoed, the World Health Organisation has praised Swaziland for its "high level of political commitment" in managing HIV in the country.

Please note that many volunteer opportunities in Swaziland have been put on hold because of travel restrictions related to the COVID-19 pandemic. Hopefuly they will be back up and running soon. In the meantime, if you run or know of a volunteer work project in Swaziland let us know by contacting here. We look forward to hearing from you!