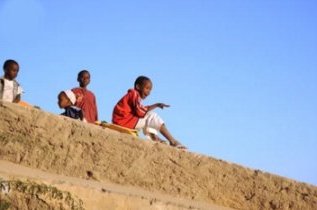 Many countries across Africa found their newly gained independence not quite the freedom they expected, replacing colonial rule with often military rule. None more so than in Somalia where a military coup in 1969 installed Mohamed Siad Barre as president together with a harsh socialist regime that ruled the country until 1991 when clans from across Somalia brought it down and installed, well, chaos and civil war; a civil war that is still effectively raging today turning Somalia into a pirate state outside the rule of law and one of the most dangerous places for children to grow up anywhere in the world with even aid agencies fearful of operating there. The civil war has been raging in Somalia for decades and sees no sign of abating with al-Shabab embedding itself in central and southern Somalia and amassing fighters that the internationally recognised Federal Government of Somalia (FGS) (the replacement for the Transitional Government in 2012) appears largely powerless to either stop or repel. Indeed there are reports of government troops defecting to al-Shabab and helping enforce strict Sharia law throughout held areas.

Children in Somalia grow up within four or five major clan groups, the Dir who are the largest and most prominent Somali clan in the Horn of Africa, the Isaaq, Hawiye and Darood (the higher Samaal castes) and the Digil-Mirifle/Rahanweyn (the lower caste Saab). As in many cultures across Africa, the family in Somalia is the bedrock of all aspects of life with relatives being mutually reliant on one another and taking a collective role in the upbringing of children in a society with a deeply embedded patrilineage system in operation. Most women in Somalia will given birth to 5.98 children (2019) and it is relatively rare for children to leave home before they are married, with one in five men having polygamous marriages and marriage itself being considered both a religious duty and social necessity. Traditionally the Somali poeple have led a nomadic liefstyle which is reflected in their housing even today with homes that were designed to be easily dismantled so they could be packed on the backs of camels then quickly re-built in a new location. In Somali language this home is called an 'Aqal' (below) and is generally made from bent saplings, animal skins, woven mats, roots of the acacia tree, grass and reeds. Within the home, or in a separate Aqal for second wives, live the eldest couple, their sons and their wives, unmarried children and the grandchildren from their married sons. 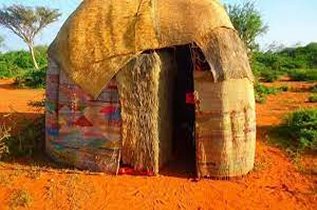 The ongoing conflict in Somalia won't be discussed here save to acknowledge that living in an effective war zone coupled with famines, waves of displacement, locust infestations and floods with around 5.4 million people relying on aid to survive, has inevitably had an impact on children in Somalia where an estimated one in three Somalis are affected by some form of mental illness with just five mental health centres to 'meet' this need staffed by three psychiatrists for the entire country. In 2019, the child mortality rate (under fives) for Somalia was 117 deaths per 1,000 live births and, in the same year, life expectancy was just 57.4 years with 71% of the population living below the international poverty line. In 2021 some 1.2 million children in Somalia under the age of five suffered from acute malnutrition with nearly quarter of a million facing life-threatening severe acute malnutrition. 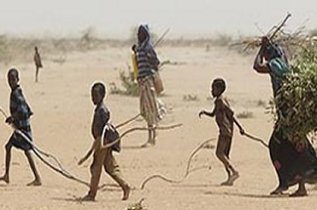 Children in Somalia attend an educational system that consists of a free Elementary Cycle primary education (grades one to four catering for 6-10 year olds), Intermediate Cycle primary education (grades five to eight catering for 11-14 year olds), then four years of fee paying secondary school (grades nine to 12 for 15-18 year olds). Subjects include Somali, Islamic studies, English, maths, science, social studies, geography and history. Others may attend technical and vocational courses from the ages of 15 to 18 as an alternative to this secondary education. Unsurprisingly, given the instability within the country, Somalia has one of the lowest enrollment rates of primary school students in the world at just 42% (among rural and IDP children the situation is even worse, with only 17% enrolled in primary schools). It is estimated that 26% of children in Somalia attend secondary education, less in rural areas.

This situation, however, is improving under the goverment's 'Education Sector Strategic Plan (2018-2020)', although the education provided is generally of low quality with many unqualified and untrained teachers and an impoverished infrastructure with classrooms that are often overcrowded with inadequate water and sanitation facilities. Books are still considered something of a luxury. It should also be noted that generationally, in terms of elders helping their children with their education, Somali people have learned by word rather than written language with the Somali language having no real script until the early 1970s. Again, this situation is improving with, since August 2019, nearly two million new textbooks being printed covering topics that are relevant to Somalian life and culture, including English and Arabic languages, mathematics, Islamic studies and science. It's only a start though as Somalia has five million children of school-age. The video below shows aspects of life in Somalia together with projects and programs supporting children in the country.