In most countries there are street children, the cities of the UK are no different with children running away in search of a better life that is rarely realised. In Malawi children take to the streets because of poverty at home, family breakdown and HIV/AIDS which has left an estimated 1.2 million children in Malawi as orphans. Indeed it is estimated that 80% of street kids in Malawi are there because of HIV/AIDS, in addition to those who take to the streets because of family breakdown and poverty. The actual numbers are not known but in recent years the rise has been relentless with some agencies reporting an additional 40 children arriving on the streets each day. (A recent survey found 3000 kids begging on the streets of the country's commercial capital Blantyre with similar numbers in Lilongwe and Mzuzu.)

But the streets of the capital Lilongwe are not paved in anything but further poverty, save for the large numbers of government and humanitarian aid workers who live there. These children are at risk of exploitation through poverty, disease, lack of education and life prospects, but more odiously they are at risk of sexual exploitation as the above short video evidences. It is difficult to fully understand what it feels like to be a street child who believes no-one has any interest in you at all, so when someone comes along showing a hint of affection, these street kids willingly follow and the danger begins. And these dangers are very real, as one fourteen year old boy recounts "It was on Wednesday around midnight when two men entered our shelter and asked for a space to sleep,” he explains. “Almost immediately they produced knives and ordered me to undress. When I tried to protest they threatened to kill me if I refused or shouted out”. The boy was then repeatedly abused. 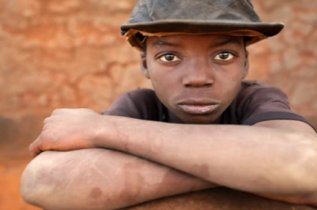 One of the many difficulties working with street kids in Malawi is that many do not have homes to return to, or refuse because of violent relationships with their step-fathers, or the simple truth that whilst life on the streets is harsh, it is sometimes less harsh than life at home and begging can reap more rewards that hard toil on the land. There is a renewed impetus in Malawi to get kids off the streets by providing day care and educational facilities however as one worker pointed out "rehabilitation is useless unless one addresses the underlying reasons children are on the streets, namely grinding poverty, broken families and HIV/AIDS.", You can make a difference to the street kids of Malawi by getting involved. The video (below) provides some insight into the lives of street children in Malawi. Also below is a directory of projects and programs working in Malawi with these children who are looking for your support.