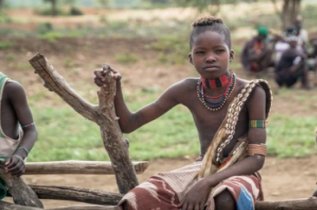 There are about 13 million children under 5 years of age living in Ethiopia, and UNICEF estimate that by 2050 the country will have 58 million children under 18 years representing 6% of the entire population of Africa. Today, an estimated 720,000-1,200,000 of them have been have been orphaned by AIDS, with a further 109,133 infected themselves and 2420 becoming infected annually. In total there are a staggering four and a half million children who are orphans in Ethiopia, and is estimated that a further 200,000 children are becoming orphaned in Ethiopia every year. The mortality rate for children (under fives) ranges 39 per 1,000 in Addis Ababa to 125 per 1,000 in Afar, figures exacerbated by the fact that only 6% of all births are attended by a suitably qualified and knowledgeable health professionals, partly because those who do get educated move abroad to earn their money. For example, there are more Ethiopian trained doctors living in Chicago than in the whole of Ethiopia. This lack of suitably qualified adults in all aspects of Ethiopian society is reflected in the general cultural aversion to education by society.

Children in Ethiopia will be born into one of the eighty+ ethnic groups in the country with the Oromo (34.5%), Amhara (26.9% who are mainly Orthodox Christian and Sunni Muslim traditionally inhabiting parts of the northwest Highlands of Ethiopia), Somali (over one million mostly concentrated in the Ogaden region) and Tigrayans (6.1% native to the Tigray Region in northern Ethiopia) making up 75% of the population with other groups including the Gedeo, Sinasha, Afra, Gumuz. Mursi, Sidama, Harari making up the remaining 25%. The country itself is a federation of nine regional states delineated by these ethnic groups as well as two cities designated as separate administrative units or 'chartered cities' being Addis Ababa and Dire Dawa. Children will grow up in these areas as part of families where Ethiopian women, on average, have 4.15 children (2019) and they traditionally live in a multi-generational household comprising the eldest couple, that couple's sons, their wives and any unmarried daughters, and also the grandchildren from their married sons. A boy will normally set up his own home when he marrries however in Ethiopian culture families ties are very strong and there is a tendancy to continue to share resources even when separate households have been established. Ethiopian children are taught from a young age to be respectful of their elders, not to talk back or interrupt their parents and to have self-discipline with boys who are considered studious gaining the respect of their family and local community. 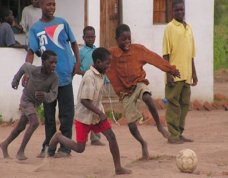 Except in Addis Ababa, Harer, Dire Dawa, and a few other urban centres, most homes in Ethiopia are made of wood and mud with thatched or tin roofs called a 'tukul', the same style also used in Eritrea, Sudan and other parts of eastern Africa. These tukul are often in a poor state of repair having cracked walls, leaking roofs and dirt floors mainly because they are passed from generation to generation without the resources for improvement. These homes normally have just two rooms, one for storage and the other for everything else. 43% of these homes use pit latrines for sanitation while 38% of households have no toilet facilities, practising open defecation and just 30% of Ethiopia's rural population has access to electricity although, for those who can afford them, solar lights are gaining in popularity. As of 2020, more than 62 million people live without basic access to safe drinking water in Ethiopia which is which is normally collected from a nearby well either by the mother or the children. In some areas in south-west Ethiopia, women and children have to make 3-5 round trips a day to collect dirty water in jerry cans with each trip lasting some three hours. Despite some progress towards its Millenium Goals targets, access to improved sanitation remains at just 28% nationwide, although that is a significant improvement from just 3% in 1990. 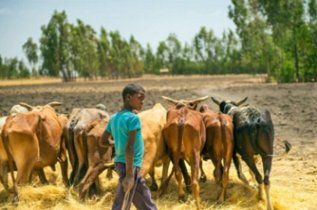 Roles are very traditional in Ethiopia with the men working their small farms of usually three acres or less (80% of the population relies upon agriculture) whilst women cook, clean and look after the children with older girls sweeping the home and helping to care for their younger siblings whilst boys tend to the livestock and looking after the land which has become increasingly challenging over recent years due to droughts, overgrazing and deforestation. Children in Ethiopia can legally marry at 18 years of age although this law is not enforced particularly in rural areas and, although the rate of child marriage has declined over the past decades, UNICEF still estimated that in 2017 40% of girls were married before the legal age. Polygamy in Ethiopia is no longer legal however around 5% of men still have more than one wife, mainly Muslims and pagans. Culture dictates that a girl or woman must be sexually 'pure' before marriage and, as such, in parts of Ethiopia, despite being prohibited in Ethiopia's criminal code since 2004, FGM/C is still seen as a pre-requisite for marriage with a prevalence of 65.2% among women aged 15-49 with UNICEF reporting in 2020 that 25 million girls have experienced FGM in Ethiopia. 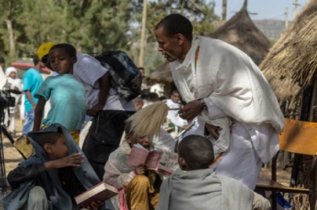 Despite recent progress, Ethiopia is historically, as the World Bank noted, "one of the most educationally disadvantaged countries in the world" because of armed conflict, famines, and humanitarian crises. Today education in Ethiopia is both compulsory and free for children between the ages of 5 to 16. After a period at elementary school, children start their primary education when they are seven, which lasts until they are 12 (although 32% of children of official primary school ages are out of school.) Children then attend two years in lower secondary school completing their Ethiopian General Secondary Education Certificate (EGSLCE) and the same again in senior secondary school before sitting their Ethiopian Higher Education Entrance Examination (EHEEE). As in others nations, TVET Diplomas are available for vocational courses for those who aren't performing well academically. Ironically, core subjects such as science and maths are taught in English despite the language being neither the teachers' nor students' first language so often the course content get lost in translation! In reality most families in Ethiopia would prefer their children to work rather than attend school and by doing so complete household chores and contribute to the family income. As such, only 60% of children are enrolled in full-time education. This is even more true in rural areas where attendance rates are much lower than in urban areas. This is reflected in literacy rates of 59.24% for males dropping to 44.42% for females, although these figures are improving but still remain low for the region of Africa.

Undoubtedly this lack of quality education contributes to the fact that 27% of all Ethiopian children grow up in poverty (2019) however poverty rates themselves are decreasing slowly as Ethiopia has the fastest growing economy in the region and is aiming to reach lower-middle-income status as a country by 2025. However, as ever, there are significant disparities between rural and urban areas not least because of an underdeveloped infrastructure with poor roads making it hard to get rural produce to markets. This lack of adequate transport also impacts on those rural communities accessing the technological developments in more urban areas. Despite these improvements, an estimated 13.2 million people don't have enough to eat according to the 2021 Humanitarian Response Plan (HPR), and since November 2020, internal war has had serious consequences. COVID-19 has also had a significant impact.

When not working or after school, Ethiopian children enjoy playing football, basketball and volleyball as well as hide and seek. Gebeta, played using seeds or pebbles, is also popular and is a game of strategy that has been played by children in Ethiopia for hundreds of years. The video below shows aspects of rural life in Ethiopia together with projects and programs supporting children in Ethiopia.