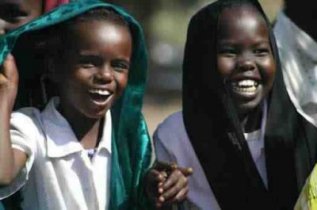 Djibouti is a small nation of 988,002 (2020) with high levels of poverty with an unbalanced economy. Outside the city centre of Djibouti and port areas (where two thirds of the population reside), most of the population live nomadic lifestyles in the country relying on herding against a background of recurring droughts over the past few years across the Horn of Africa that has seen a rise in the number of children in Djibouti suffering from malnutrition, with the country having one of the world's highest levels of malnutrition for children, particularly among those under the age of five. Djibouti is almost totally reliant on foreign imports to survive as it has few natural resources and little industry. Food insecurity affects nearly one in ten people in the country, again worse in rural areas as Djibouti only produces 5% of its own food needs and is reliant on importing grain and other staples from Ethiopia and meat and dairy products from Somalia.

Djibouti is in 166th place out of 189 countries and territories in 2019 when ranked in terms of life expectancy, literacy, access to knowledge and the living standards of a country with a life expectancy of 67.11 years (2019). Despite recent economic growth, poverty rates stand at 79%, with 42% of the population living in extreme poverty. Although having a coastal location, Djibouti does not have a permanent source of surface water such as rivers or fresh water lakes so relies on deepwater wells replenished by rainwater (when it falls) so, although the % of the population with access to safe water has grown at an average annual rate of 0.65%, it remains a major issue in rural, arid areas where access to sanitation is often only about 17.3%.

In 2019, the infant mortality rate (under fives) in Djibouti was about 48.4 deaths per 1,000 live births with HIV/AIDS, lower respiratory infections, and diarrheal diseases being the main causes of premature death. School enrollment in the country is generally good however the overall literacy rate works out to be 64.8 %, with a male literacy rate of 75.3% and just 53.7% for females and lower in the rural areas. This reflects cultural norms where often girls in particular are expected to work to contribute to the family income. There are very few child sponsor programs in Djibouti, not last because of its very small population however, as ever, Children's Villages SOS are there and you can help them when you sponsor a child in Djibouti.