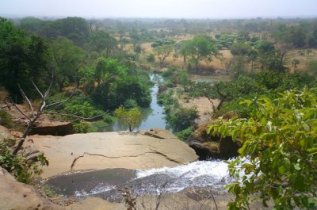 Formerly the Republic of Upper Volta, Burkina Faso is a land locked country with a population of 20.32 million (2019) in north western Africa. It achieved independence from France in 1960 and today has one of the lowest GDP per capita in the world at just $786.90 USD (2019), with much of its economy dependant on international aid. As with many newly independent African nations, Burkina Faso was subject to repeated military coups throughout the 1970s and 1980s with the former president, Blaise Compaore coming to power in such a coup in 1987.

Whilst there were latterly multi-party elections, Compaore won each and every one since then until his forced resignation in 2014. Michel Kafando subsequently became the transitional president of the country however on 16th September 2015 a military coup d'etat was carried out by the Regiment of Presidential Security, the former presidential guard of Compaore. On 24th September 2015, after pressure from the African Union, ECOWAS and the armed forces, the military junta agreed to step down and Michel Kafando was reinstated as acting president. In the general election held on 29th November 2015, Roch Marc Christian Kabore (previously the Prime Minister of Burkina Faso between 1994 and 1996 and President of the National Assembly of Burkina Faso from 2002 to 2012) won in the first round with 53.5% of the vote and was subsequently sworn in as president. He is Burkina Faso's first president without any past ties to the military. 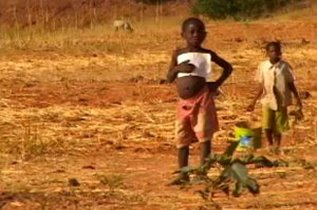 Burkina Faso is in 182nd place out of 189 countries and territories in 2019 when ranked in terms of life expectancy, literacy, access to knowledge and the living standards of a country with a life expectancy of 61.17 years (2018). Child poverty stands at 47% and a quarter of all children in the country are underweight. Whilst having significant gold reserves, its economy is underdeveloped with cotton production being the main form of income for most Burkinabes, as they are called. As with many poorer African nations, illiteracy rates are high; in 2018, adult literacy rate for Burkina Faso was 41.2 %. rising to just 52.5 % for young people while the figures drop for females, reflecting poorer enrolment and engagement for girls who are required to provide care and for chores around the family home. Only 35% of all eligible primary school age children are enrolled at school and just 8% actually attended secondary school (although figures are far higher in urban areas.) Over 100,000 children there orphaned by AIDS and, in one year alone, it was estimated that 18% of the country's entire population were orphans or abandoned children.