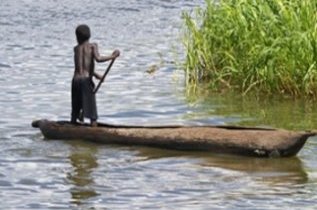 Some thirty lakes make up the African lakes of the rift valley and they include some of the oldest and largest lakes in the world, providing work, food and sustenance for millions who live near them. It is believed that the human race first lived in this area with humanoid fossils of our ancestors being found there that are around 10 million years old. The area is also home to the fossilised remains of 'Lucy' who lived approximately 3.2 million years ago and is currently believed to have been the first humanoid to have walked upright.

The Rift Valley itself, a crack or fissure in the earth's crust created by violent subterranean forces that tore apart the earth's crust, can be seen from space and it runs for approximately 4000 miles from Syria to Mozambique. The valley was formed by movements in the Arabian plate, the Nubian plate and the Somalian plate which are still drifting apart creating low areas where water has accumulated to form the lakes. The Rift Valley is at its most magnificent in East Africa where the process of 'rifting' has led to the creation of the many spectacular lakes that are located in the region. The process itself however is ongoing with many active volcanoes in the area along with numerous hot and boiling springs indicating underground activity. 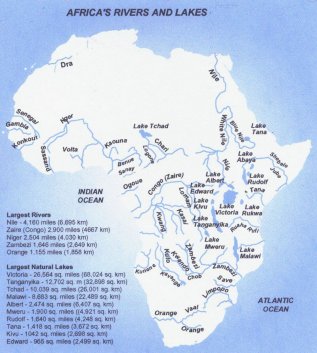 Below is a video explaining how the Rift Valley itself was formed whilst below on this page we explore a number of the Great African lakes in a series of video documentaries. Some of these show how at least two of the lakes are drying up, one because of the construction of a hydro-electric dam on its main tributary river and the implications of that process for those whose lives depend on the lakes.